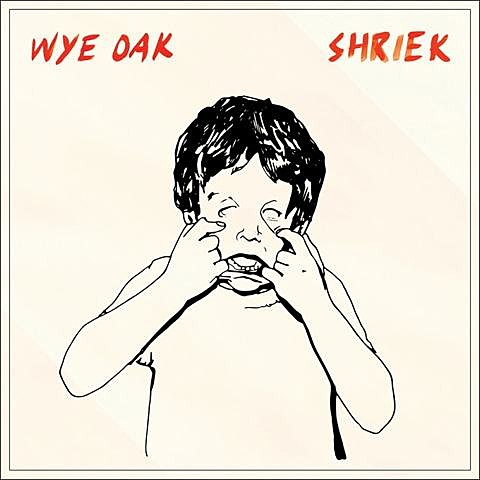 When Wye Oak said they were shaking things up for their new record, they meant it. Jenn Wasner has moved to bass with "nary a lick of guitar" and the band have taken on a new, elasticized sound for for the new record, which they've since revealed is titled Shriek and will be out April 29 on Merge. That's the cover art above. You can check out the first track from it, "The Tower," in this post. It is most definitely different for Wye Oak, but that is not a bad thing at all.

Jenn Wasner was just in NYC as part of the Gene Clark 'No Other' tour. Wye Oak's tour hits Webster Hall on May 7. Tickets for that show are still available. Stream "The Tower" below...