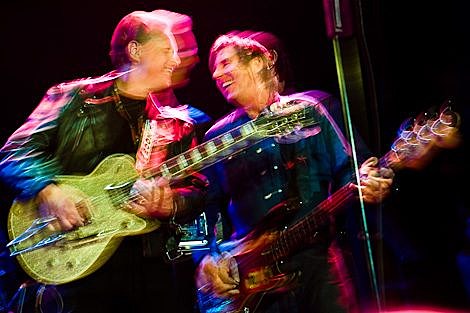 LA Punk legends X, with the full original lineup, played their first of 3 nights at the Bowery Ballroom doing a 'greatest jukebox hits' TRL presentation of fan-voted favorites. X was and still is a great band who did something with punk that was well beyond the genre's narrow parameters. They combined rock-a-billy mutant guitar riffs, vocal hamonies, deceptively simple structures and poetic lyrics into a fully integrated and unique sound.

I knew this show would be interesting as 18 year-old punk-nouveaus and 50-something survivors filed into the venue side by side. A trio of youngins did something to draw the ire of the head bouncer who then served up some military justice demanding "Drop and give me 40" before allowing entry. "This sucks!" one of 'em griped before submitting to Drill Sergeant, who then made them jog through the line into the club- "Hustle! Hustle!"

Steve Soto (of Agent Orange and The Adolescents) and the Twisted Hearts opened the show with an energetic but generic set of country punk.

A gaggle of teens gathered behind this tired and wary photographer, one of them was heard to remark, "OMG there is a girl here with braces! ... maybe they are adult braces." Some highly devout fans were spotted with home-made X t-shirts, handfulls of ticket stubs from other shows and obsessively cribbed set lists. T-Bone watched from the back with photographer Terry Richardson.

X played songs that ranked high on their listener poll.

They opened with "Some Other Time" following up with "Los Angeles" (#2 Ranked). John Doe joked that the crowd had voted for nothing but slow ballads before kicking in to "Hot House". Other X gems included "The Have Nots" (a drinking song), "Nausea" (framed as 'the morning after song'), "We're Desperate", "Soul Kitchen" and "Breathless" (the Jerry Lee Lewis classic from the soundtrack of the 1983 Richard Gere film of the same name).

Billy Zoom occupied his own little world, with trademark frozen smile, winking eyes and ken-doll rockabilly looks. Exene just looked pissed and disapproving of the whole spectacle (as usual) pressing her hand to her ear to hear the harmonies. John Doe and DJ Bonebreak pushed the show on with sweaty, pounding energy.

A fervent mosh pit of both the young and not-young-anymore slammed into a steadfastly stationary wall of an equally mixed demographic. I was caught in the middle, being knocked into a very pissed 50- something who wasn't familiar with Newton's laws of physics and blamed it all on me. Later her equally grumpy lady-friend elbowed one of the dancers in the face. A punk kid with about 30 piercing in his ears and an X tattoo on his hand meticulously scribbled down the set list and took pics with a point-and-shoot.

X did three encores that included "White Girl", "The Worlds A Mess", "Blue Spark", and "Your Phone's Off The Hook". John and Exene did "I must not think bad thoughts" as a duo with acoustic guitar. It was a great show.

An attempt at the complete setlist can be found in the comments of a previous post. X can be found again at Bowery Ballroom on Saturday and Sunday night. More pictures from Friday are below... 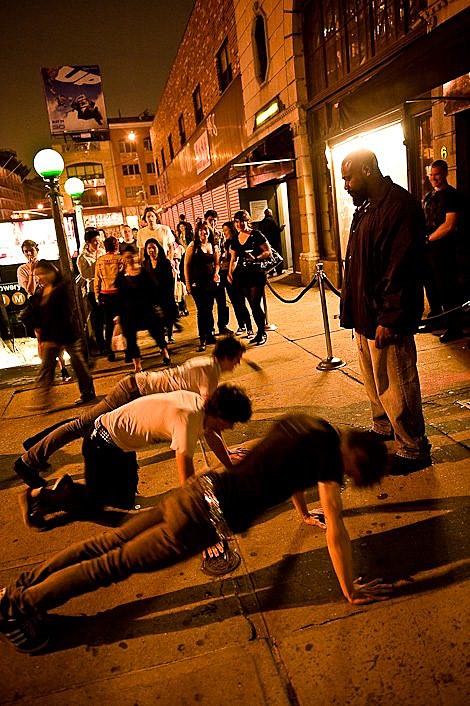 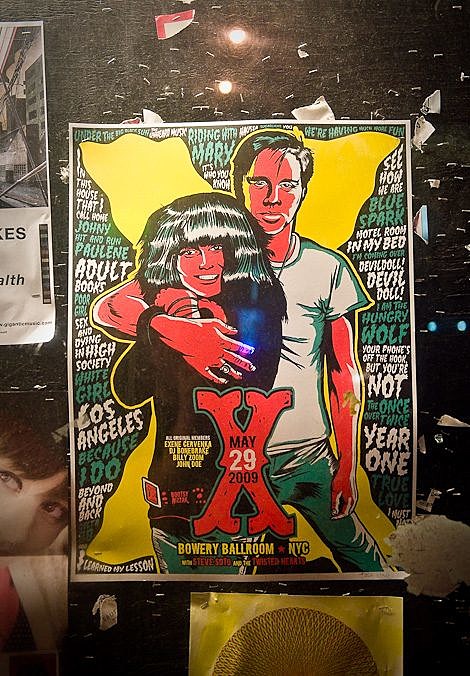 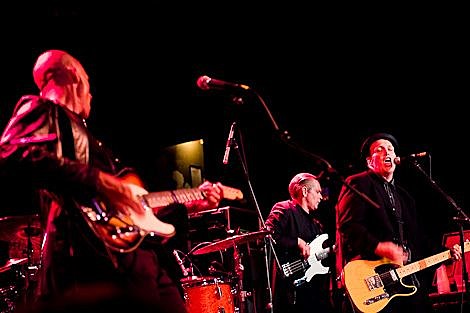 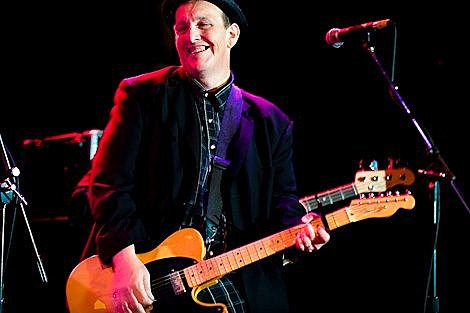 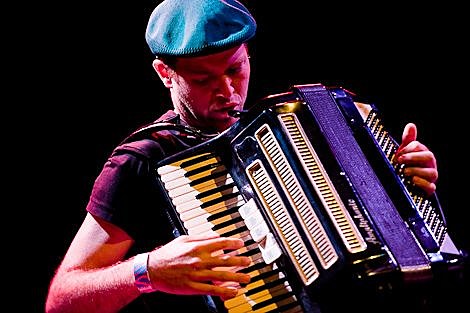 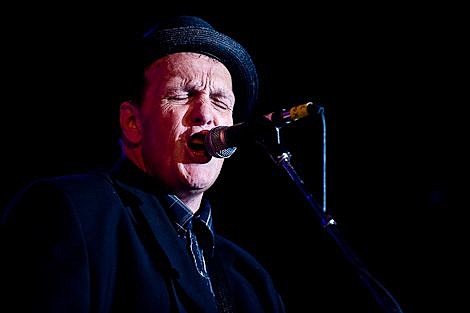 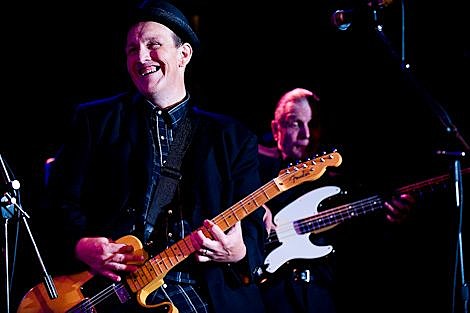 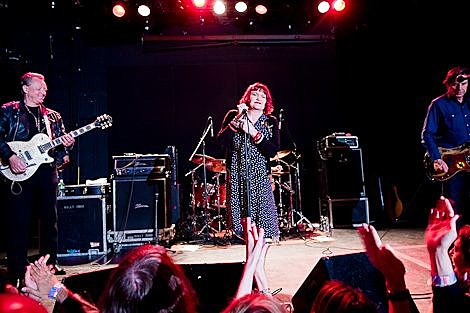 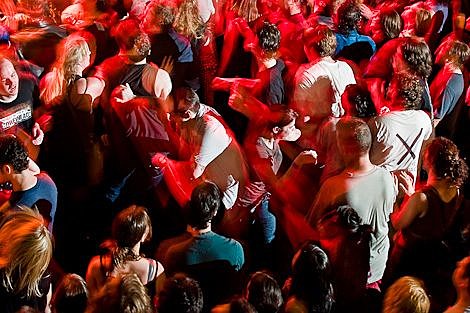 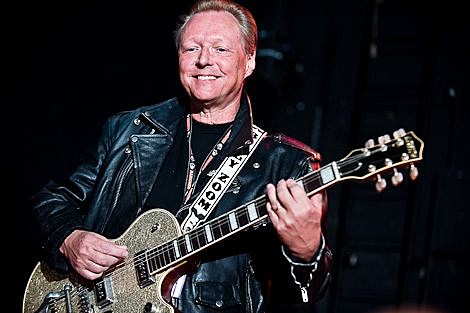 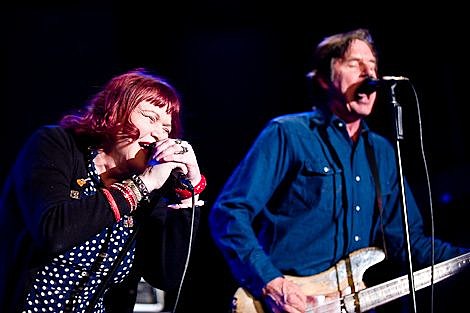 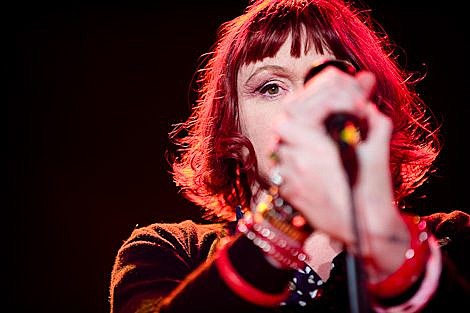 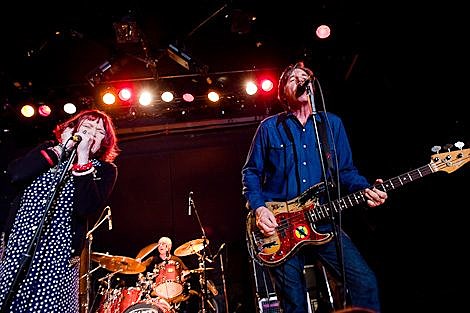 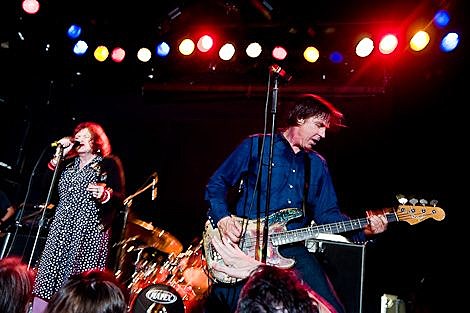 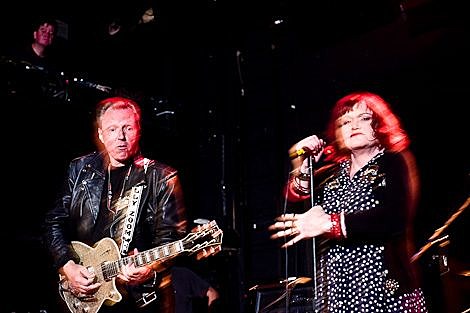 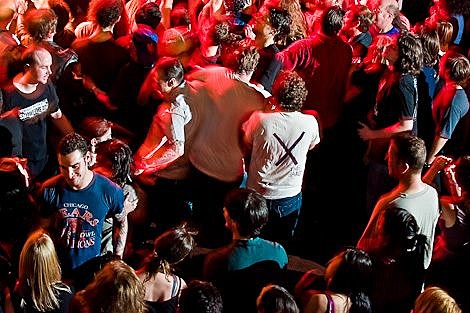 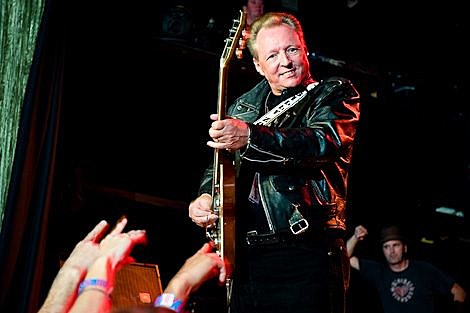 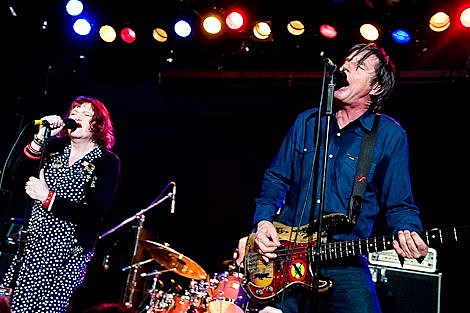 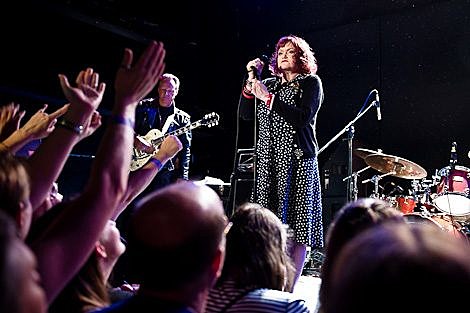 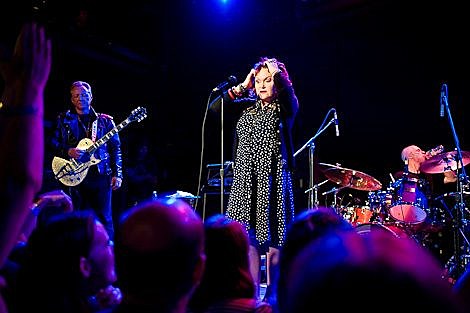 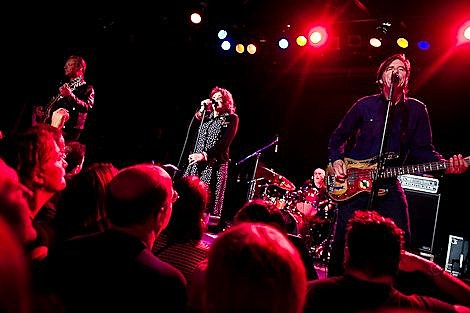 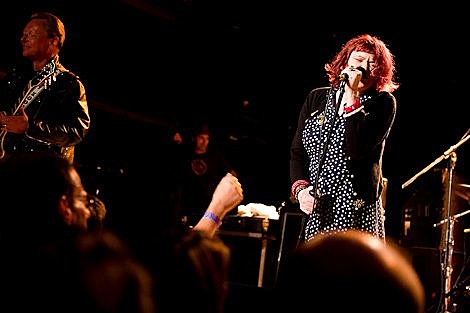 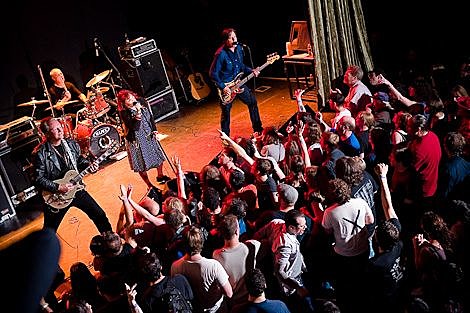