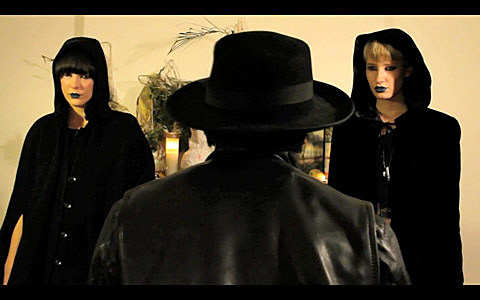 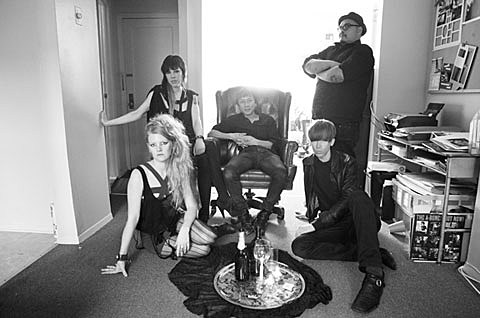 Village Voice: What is "Crystal" about?

Xray Eyeballs frontman O.J. San Felipe: "Crystal" started off as a song about these girls I knew who did too much crystal meth, but somehow it evolved into kind of a break-up song, unexpectedly. So now it's a crystal meth breakup song!

Village Voice: What inspired it musically?

Xray Eyeballs frontman O.J. San Felipe: I was inspired by New York City in the late-night hours. Just ending up at random places with random people and situations and exposure to danger and shady things . . . I like going out dancing, and I wanted to make a song that DJs can throw on and make people dance at the immediate drop of the needle, or right when the bassline kicks in . . . kinda like when the Cure's "Just Like Heaven" comes on at a party and people freak out. Not to say we sound like the Cure or anything, but the way people lose it when that first bouncy drumbeat and bassline comes on, that's a hard thing to capture.

Poppy, garagey, punky, and even dancey, Brooklyn band Xray Eyeballs have released the previously (and hotly) discussed "Crystal" video from their upcoming LP Not Nothing, due April 19 On Kanine Records. The preview pictures weren't really that NSFW but the video definitely is (not to mention a bit bloody and violent too). Like Frankie Rose before them, the Brooklyn ladies of Golden Triangle/Xray Eyeballs (Alix Brown and Carly Rabalais) show a surprising amount of skin. Check the video, which also stars members of The Pains of Being Pure at Heart and Girls at Dawn, for the first time below.

Xray Eyeballs play DC tonight (3/7) as part of a tour through SXSW that ends on 3/26 in Ohio. All tour dates and the new album tracklisting are below...