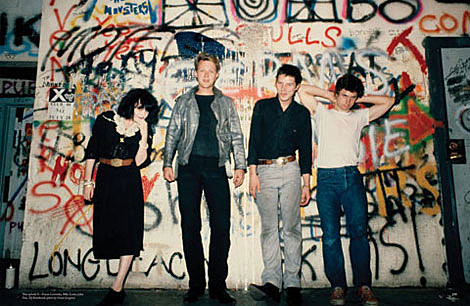 X have three holiday shows lined up for the end of this year in California. According to a flyer for the LA show, it is once again the full original lineup and "All your favorite X & holiday tunes".

And though there aren't any future, full band, east coast dates on X's calendar, "acoustic duo" Exene Cervenka and John Doe have two shows lined up in NYC in January of 2009. The first is January 10th at Music Hall of Williamsburg in Brooklyn. The show is seated, Justin Townes Earle is opening, and tickets are on sale at noon. The second is one day later at the much smaller Joe's Pub, but with no opener (and probably a drink minimum if you want a seat) - tickets are on sale now. All dates below...