Xeno and Oaklander at BV-CMJ 2011 (more by Amanda Hatfield) 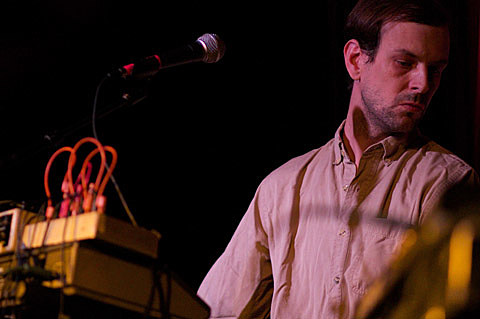 Next month, the band will head to Austin for Chaos in Tejas, and upon returning home, they'll play another NYC show at The Studio at Webster Hall on June 11 with fellow goths Plastic Flowers and Religious to Damn and fellow electronic artist Autre Ne Veut. Tickets are on sale now. The flier for this show is below.

In related news, Martial Canterel (aka Sean McBride aka 1/2 of Xeno and Oaklander) is opening for Iceage at LPR on 7/22 with Dirty Beaches and RØSENKØPF. Tickets are still available

RØSENKØPF also plays Glasslands with King Dude soon, in celebration of a new record. That record has a song called "Light The Way" which has a video which you can watch below.

In more related news, Plastic Flowers have a NYC show coming up at Glasslands on July 10 with Captured Tracks bands Cosmetics and Beach Fossils side project Heavenly Beat (who has a new song out, download above), and Psychobuildings. Tickets are on sale now.

All dates, stream, and flier below... 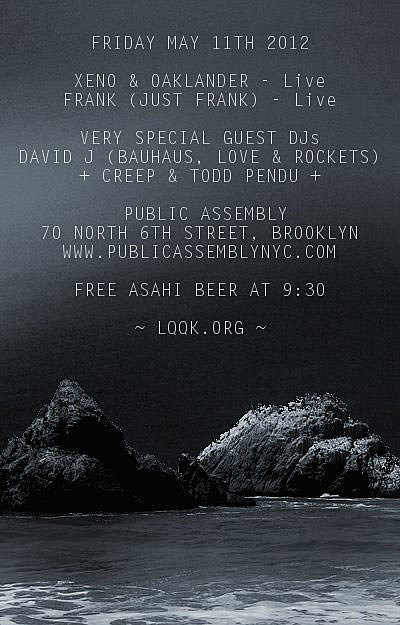 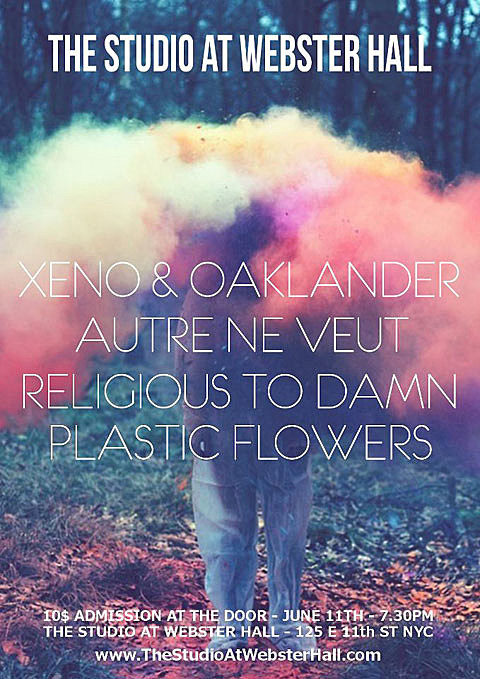