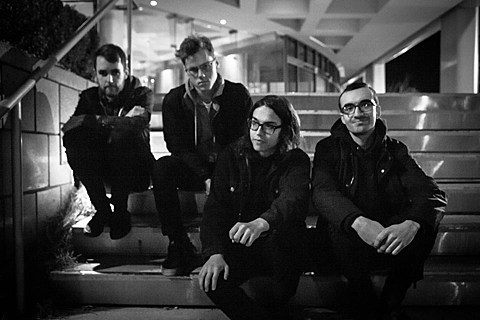 As discussed, Xerxes are releasing a new album, Collison Blonde, on October 21 via No Sleep and also playing their label's CMJ showcase (BV co-presents) that same day. Since we last spoke, they released another song from the LP ("A Toast") and played two others from it in an Audiotree session ("Use As Directed" and "Nosedive"). You can watch the Audiotree video and stream "A Toast" below. They also added more tour dates around that showcase, including a run with Coliseum surrounding both bands' appearances at The Fest. All of their dates are listed below as well.

The No Sleep/BV CMJ showcase, which is free and happens October 21 at The Paper Box, also includes Aviator, Rescuer, The Felix Culpa, John Nolan, Run Forever, Maps For Travelers and more. It starts at 6 PM, and those who show up early will receive No Sleep's 2014 12" vinyl sampler (limited to 150 copies), which includes new and unreleased music from Xerxes, The Felix Culpa, Aviator, Run Forever, Maps For Travelers, Old Lines, Puig Destroyer, Lee Corey Oswald and more. Those in attendance will also have a chance to win a No Sleep 2014 Vinyl Subscription, an Orbit Basic Turntable from U-Turn Audio, a gift certificate from Keep Company, and a snowboard and outfits from Glamour Kills.

Full tracklist for the No Sleep sampler, and the Xerxes dates/streams, below... 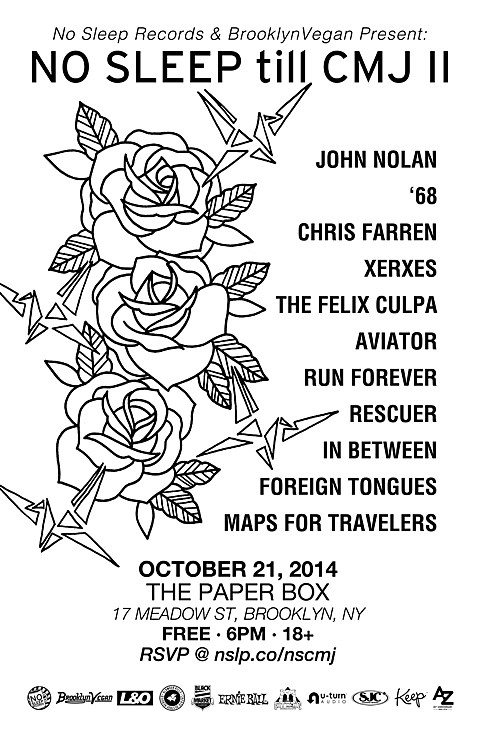