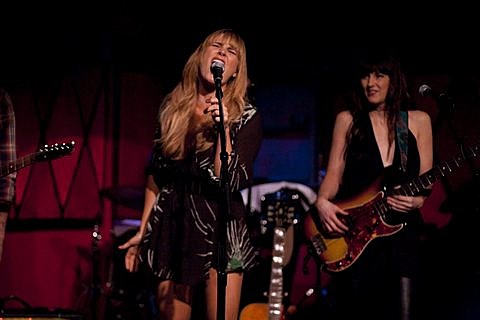 The current lineup as of now (more are TBA) and more info are posted below...

Additional artists and detailed schedule will be announced soon.

Tickets will be available to the general public starting Tuesday, June 1st at XPN.org and at select retailers, and ticket prices start at less than $12 per day with the purchase of a three-day pass. In addition, WXPN is offering festival tickets as part of special membership packages which include a year-long XPN membership, CDs, tote bags, t-shirts and more.

The festival, now in its sixth year at Wiggins Park, is produced in partnership with the Camden County Board of Freeholders. This venue was selected by WXPN for its spectacular waterfront views, natural amphitheatre for great sound, easy access to public transportation, lush open green spaces and an array of local attractions, such as Adventure Aquarium and the Camden Children's Garden, which serves as the Kids Corner venue. WXPN will again offer a variety of family-friendly activities throughout the festival.

CAMDEN COUNTY'S WIGGINS PARK is located on the Camden Waterfront, between the Adventure Aquarium and the Susquehanna Bank Center and features a promenade along the Delaware River with breathtaking views of the river and Philadelphia skyline

ABOUT WXPN
WXPN, the nationally recognized leader in Triple A radio and the premier guide for discovering new and significant artists in rock, blues, roots and folk, is the non-commercial, member-supported radio service of the University of Pennsylvania. WXPN produces World Cafe®, public radio's most popular program of popular music hosted by David Dye and syndicated by NPR, and the Peabody Award winning Kids Corner hosted by Kathy O'Connell. WXPN also produces the alternative rock service, Y-Rock On XPN (yrockonxpn.org) as its secondary radio channel in HD. WXPN serves the greater Philadelphia area at 88.5 FM, the Lehigh Valley at 104.9, Worton/Baltimore at 90.5 FM, Lancaster/York at 88.7 FM, Harrisburg at 99.7 FM and the world via online streaming at XPN.org.