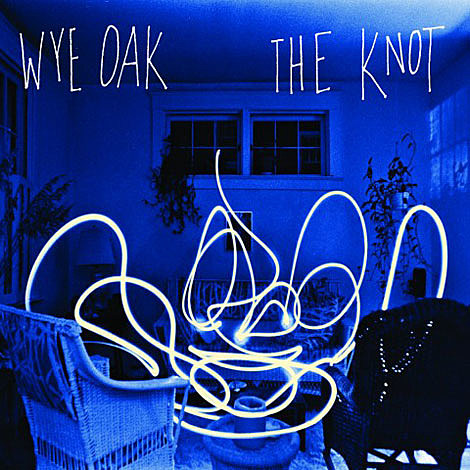 As previously warned, single day XX Merge festival tickets went on sale today, and like the five-day passes did before them, they sold right out. At the moment, there are only still tickets for the Sunday show with She & Him, American Music Club, and Wye Oak.

Speaking of Wye Oak, they have a new album coming out soon

Wye Oak's Jenn Wasner and Andy Stack came together to make their sophomore record, The Knot, with a whole new set of challenges and expectations than they had when they made If Children. In the past, songs were written separately and they came together to work on arrangements. That method changed after the release of If Children. Jenn & Andy loaded up the mini-van and toured the US and Europe for nearly a solid year. When they returned to their shared house, the luxury of privacy was gone, but a new musical closeness was formed. "Musically, we were finishing each other's thoughts," says Jenn.

Andy says, "Having the chance to play these songs live for a year or so before going to record them gave us the chance to really explore them and tighten them up. On If Children, it felt like our default solution to any problem was to layer and layer more parts on top of one another. We made a conscious effort to temper that impulse this time around, also as a result of feeling more comfortable with our live duo setup. Of course, in certain songs, we couldn't help ourselves and just had to pile it on!"

The Knot will be released on June 21st (on Merge of course).

Wye Oak are currently on on tour with Pomegranates. Their NYC show happens tonight, May 13th, at Mercury Lounge, AND Winter Gloves are also on the bill. Dates and videos below...