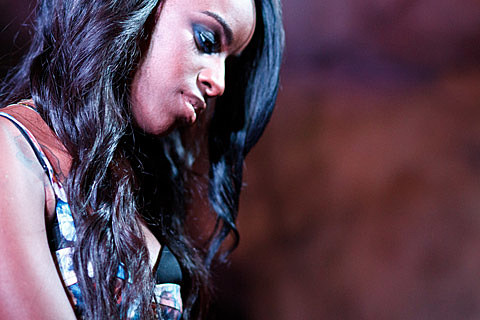 As mentioned, XXL's 2013 Freshman Class includes Schoolboy Q, Trinidad Jame$, Joey Bada$$, Ab-Soul, Logic, Action Bronson, Kirko Bangz, Travi$ Scott, Dizzy Wright, and Angel Haze, and as usual, XXL will celebrate with a concert in NYC that features all ten rappers. The show happens on May 21 at Best Buy Theater. Tickets for that show are on AmEx presale now and go on sale to the general public on Friday (4/5) at noon. XXL is also celebrating with an Action Bronson and Big K.R.I.T. show in Philly and an Action Bronson, Schoolboy Q, and Ab-Soul show in LA, but the NYC date is the only one with the full freshmen class. All XXL Freshman Tour dates are listed below.

Schoolboy Q and Ab-Soul will also be in NYC with the full Black Hippy crew (Kendrick Lamar and Jay Rock included) for Downtown Music Festival on May 10. 2-Day passes for that festival, which also includes Purity Ring, Earl Sweatshirt, DIIV, Pal,a VIolets, and more, are still available. That festival is also part of Kendrick Lamar's tour which brings him back to NYC in June for Governors Ball.

Joey Bada$$ and Action Bronson, along with many others, will be featured on Hot 97 DJ Peter Rosenberg's The New York Renaissance mixtape, which comes out on DatPiff later today now. Download it HERE. Meanwhile, stream Joey's contribution, "A Day in the Life" (prod. Harry Fraud), and Bronson's contribution, "Compliments To The Chef," below.

Action Bronson - "Compliments To The Chef"