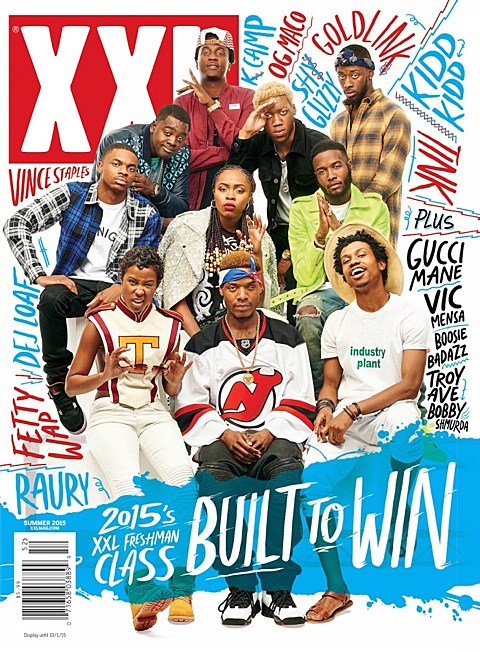 After a long wait, it's finally Freshman season again and today, XXL is proud to reveal our highly-anticipated 2015 XXL Freshman Class. This year, we're presenting 10 up-and-coming rappers who we feel, collectively and individually, are defining the new wave of hip-hop.

This year's selection process was, as always, an especially tough one, but we'll get to that later. Without further ado, the 10 MCs in the 2015 XXL Freshman Class are DeJ Loaf, Fetty Wap, GoldLink, K Camp, OG Maco, Raury, Shy Glizzy, Tink, Vince Staples and the winner of the fan-voted 10th Spot, Kidd Kidd. [XXL]

The 2015 XXL Freshmen Class was announced today, and as usual, they'll celebrate by having the whole class play a big show together in NYC on June 30 at Best Buy Theater. Tickets are on sale now.

Vince Staples was also added to the free Pusha T show happening at House of Vans on June 13. RSVP for that opens Thursday (6/4) at noon. That's one day before Vince's Northside show at 50 Kent (6/14), opening for Run the Jewels and Sleigh Bells (tickets).

Goldlink's tour also has him in NYC that same week, and again for Afropunk Fest in August, also with fellow XXL Freshman Raury.