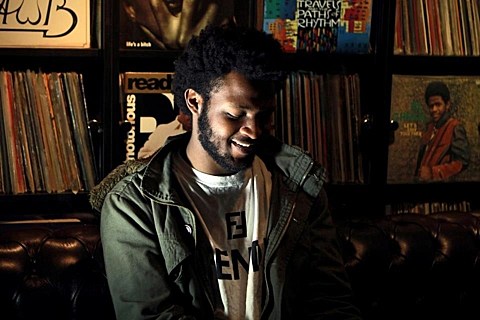 Orlando producer XXYYXX (aka Marcel Everett) has dropped a number of releases and remixes over the past couple years, pulling from ambience, downtempo, and dubstep. Those releases include his 2012 self titled album, which you can stream below or download at bandcamp (name your price).

XXYYXX will be heading out on a tour with Teen Daze (who will be DJing at the shows) of the US and Mexico this February and March, before heading to Austin for SXSW. That tour includes the previously discussed NYC show on February 21 at 285 Kent, which is now sold out, but XXYYXX has added a late show happening at the venue that same night. Tickets for the newly added show are on sale now. An updated list of dates and the tour flyer are below.

XXYYXX was also just interviewed by Human Serviette Nardwuar, who, in typical Nardwuar fashion, bombarded him with questions about Marcel's obscure past projects (including a hardcore band!) and gifted him with vinyl of artists he has sampled in his songs. You can watch that video, along with the list of tour dates and song streams, below. 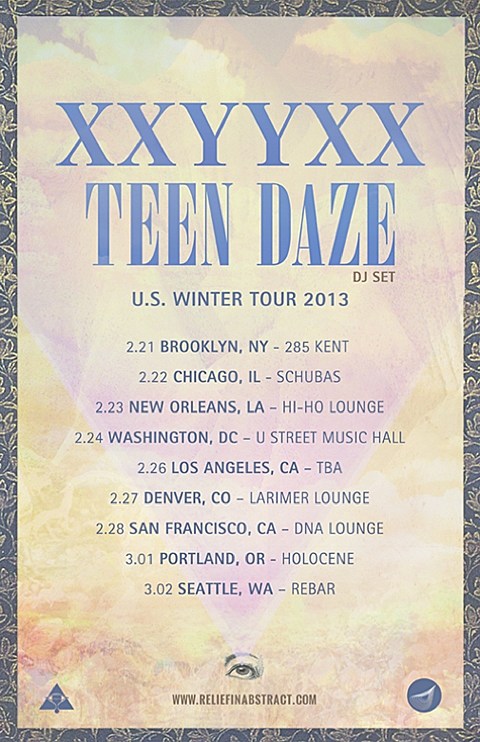