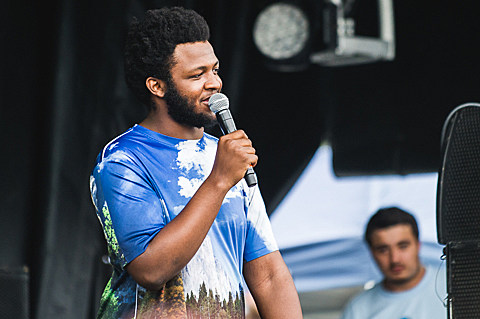 Orlando producer XXYYXX returns to the Northeast to get the dancefloors moving at a couple shows this week, including a benefit show in NYC on Friday (2/21) at NYU's E&L Auditorium in the Kimmel Center. He'll be joined by another solid beatmaker, Giraffage, who he toured Europe and played our 2013 official BV SXSW showcase with, and UK DJ Purple. NYU students can get tickets at NYU Ticket Central now for $5 and admission is $7 at the door for the general public. Proceeds will go towards the CHILL Foundation. All XXYYXX dates are listed below.

Also at NYU this week, Ian MacKaye will be speaking about the Fugazi Live Series as part of MIAP10, the Moving Image Archiving and Preservation program's 10-year anniversary celebration. (the Fugazi Live Series grew out of a MIAP thesis.) That takes place on Wednesday (2/19) on the 6th floor of the Michelson Theater (721 Broadway) at 6:15 PM. It's free and open to the public. First come, first serve.

All XXYYXX dates are listed, with some streams, below...