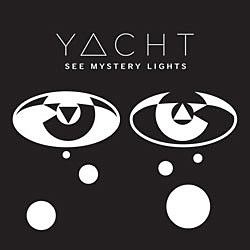 DJ Trent brings the Sound and Safe program aboard the amazing Waterpod, a sustainable boat habitat docked at 125th Street on the dark waters of the Hudson River. Featuring a performance from YACHT, who are celebrating the release of their new album "See Mystery Lights" on DFA Records. Powered by WFMU and Solar 1's Mobile Solar Broadcast Unit.

Come join WFMU on the Waterpod - space is very limited, so RSVP to Trent for (free) admission.

The show will be broadcasting live on WFMU.

YACHT has a CD release show tomorrow (July 28th) for See Mystery Lights, out the same day, at Santos Party House. Also on the bill are Special Disco Version (DJs James Murphy and Pat Mahoney) and Bad Brilliance. Tickets are still on sale.

A flyer for tonight's boat show and all tour dates are below... 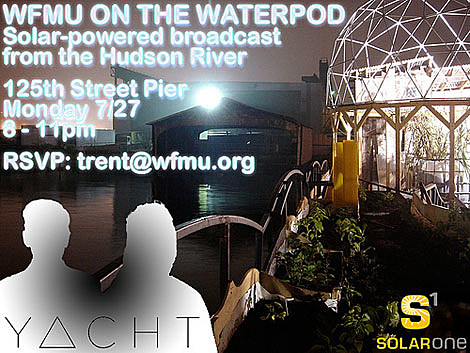