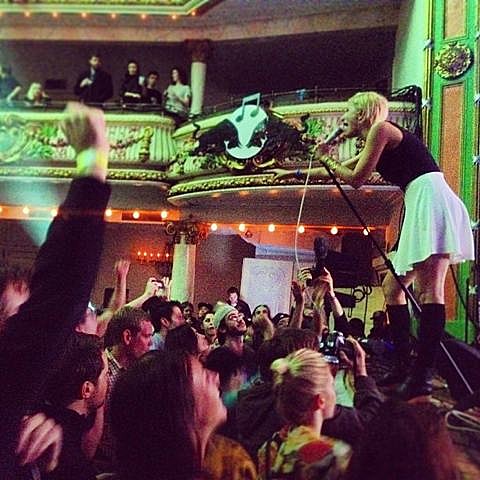 YACHT were just in town, having played both tiny Shea Stadium on Friday (5/24) and then the massive DFA 12th Anniversary Party at Grand Prospect Hall on Saturday night (5/25). I was at both shows and must say the band really brought the party and can work rooms large and small. If you missed them this past weekend, Jona, Claire and the rest of them will be back at the end of summer for two NYC-area shows: Music Hall of Williamsburg on August 30 and then the Surf Lodge in Montauk on August 31. Tickets to MHOW go on sale Friday (5/31) at noon. The Surf Lodge show, like all their summer concerts, are free.

Stay tuned for pictures from the DFA party. Meanwhile, updated YACHT dates are listed, along with a video of YACHT doing "Psychic City" at the DFA Anniversary, below.

YACHT at the DFA Anniversary party