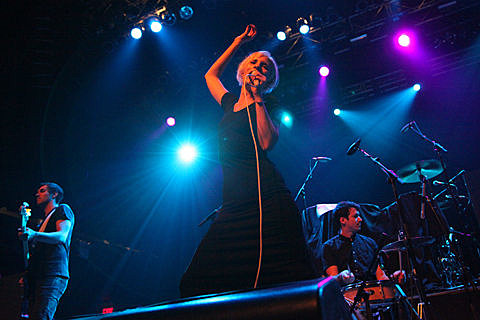 As mentioned before, DFA Records is throwing a 12th Anniversary party on May 25 at Brooklyn's spectacular Grand Prospect Hall, which is part of the Red Bull Music Academy's NYC takeover. That show is now sold out but a few of the acts playing it will be doing another show while here. YACHT, UK duo Prinzhorn Dance School (making their NYC debut) and Larry Gus will play the much smaller (and not quite as glitzy) Shea Stadium on May 24. Tickets for that show go on sale at noon today (4/24).

Flyer for the show is below...