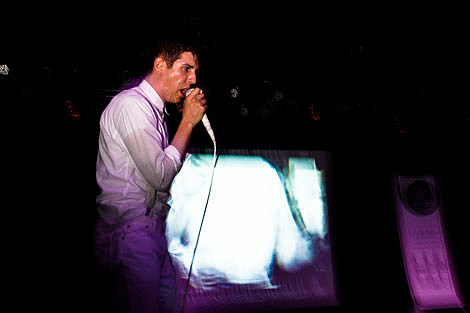 Electro-pop duo YACHT will be going on tour this February/March with Bobby Birdman. One of the only announced US dates (vs. Canada) will be at NYC's Bowery Ballroom on Thursday, March 11th with MNDR. Tickets go on sale Wednesday at noon.

YACHT's 2009 DFA album See Mystery Lights brought them on tour around the world (and to IFC's Dinner with the Band). They made video diaries of most trips - China, South Korea and Brazil are below.

On that same label are LCD Soundsystem, who are playing Coachella and working on a new album. A clip from the making of that (James Murphy is really pleased with his mansion/studio) and tour footage from YACHT's 2009 travels are below...