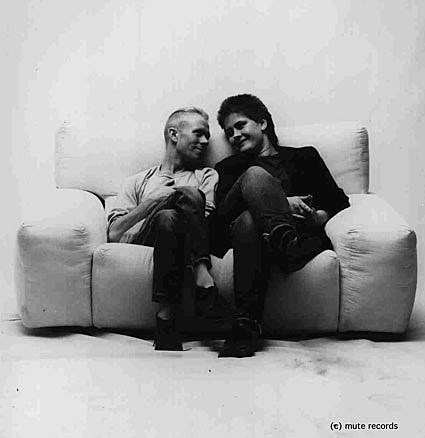 Yazoo (known as Yaz in the U.S.) was a short-lived but highly successful English synthpop duo from Basildon, Essex that had a number of top ten hits in the British charts in the early 1980s.

Another way to put it: Yazoo was Vince Clarke's band after he left Depeche Mode and before he started Erasure with Andy Bell. Even if the name doesn't ring a bell, you probably know at least one song.....

Due for release on May 2008 is "In Your Room", a 4 disc box set featuring the stereo remasters and 5.1 mixes of the classic albums "Upstairs At Eric's" and "You And Me Both" next to a disc with B-sides and remixes. Add to this a DVD featuring an exclusive short film with new interviews from Vince Clarke and Alison Moyet and the videos for "Don't Go", "The Other Side Of Love", "Nobody's Diary", "Situation (1990)" and "Only You (1999)". [side-line]