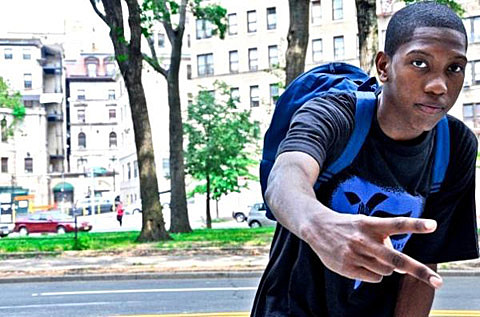 "It feels like there's a void in the Bronx, and I don't necessarily feel like I have to fill it, but I feel like I could. People aren't putting pressure on me yet, because I'm still up and coming. But I feel like that will happen in the future, and I'm ready for it. It does motivate me, because I have to be dope." - YC The Cynic

YC The Cynic calls the cradle of hip-hop civilization (The Bronx) his home, and he'll celebrate the release of his new mixtape Fall FWD with a party in our fair city, at Southpaw TONIGHT (3/1). Advance tickets are still available and the show will feature appearances from Sene, Scienze Rebel, Diaz, The Underdogz and Meka (2DopeBoyz).

Southpaw is one of two appearances this week for the local MC, as he'll also be on hand to celebrate the release of the new Red Clay disc, Rugged Soul, alongside Mohammad Dangerfield, Marco Polo, John Robinson & Lewis Parker, and others at 92Y Tribeca on March 4th. Tickets are still available.

Fall FWD is out now, and available for purchase on his bandcamp. Stream the entire thing below, along side a recent "Fall FWD" remix, the "Summertime High" single, and a video where people were asked "What Does YC Stand For?" 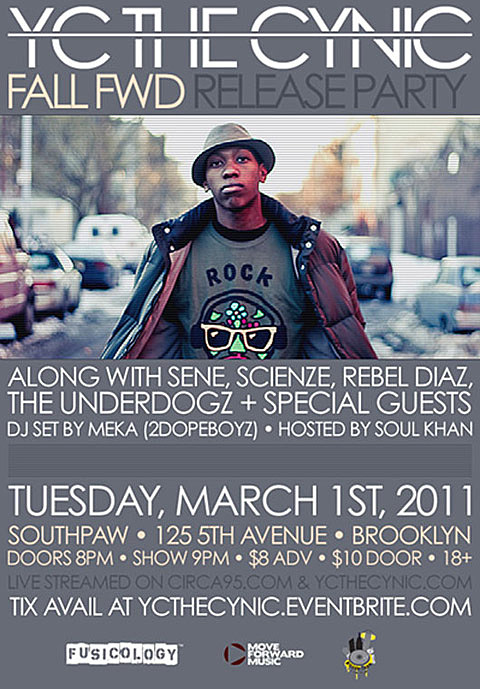