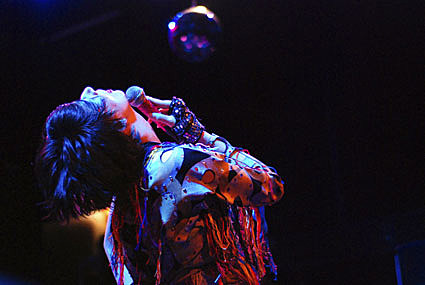 "Rollingstone was celebrating something -an anniversary of a few hundred years- and we pumped our fists in approval as Karen O delighted and wooed." [Yeti Don't Dance]

"Celebration also put on a lively performance and David Sitek joined them onstage for the last few songs." [Productshop] 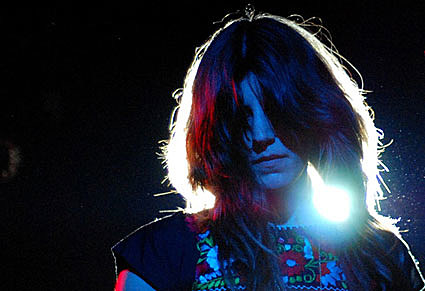 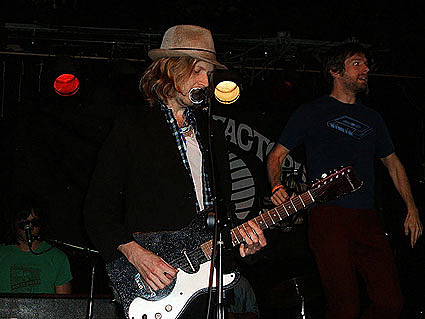 "Beck showed up with his skinny well-coiffed band of punky deviants last night at the Knitting Factory to play an hour-long private set in front of 200 celebrating his Paste magazine cover. Roots drummer ?uestlove served as the between-sets DJ." [fishbowlNY]

"The party turned into a gathering of musicians by the end of the evening, with James Iha (Smashing Pumpkins), Adam Schlessinger (Fountains of Wayne), Ben Kweller, the Benevento Russo Duo, Willie Nile, Matt Maye & El Torpedo and Matisyahu all in attendence." [Paste] 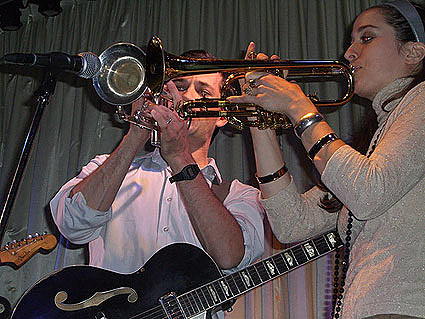 "We launched our weekly show yesterday. It's called the DL and a proper celebration was in order. So, we rang up the Walkmen and our boy $mall ¢hange to party with us." [Spinner / AOL Indie blog]

An off-stage pic of Beck and more below.... 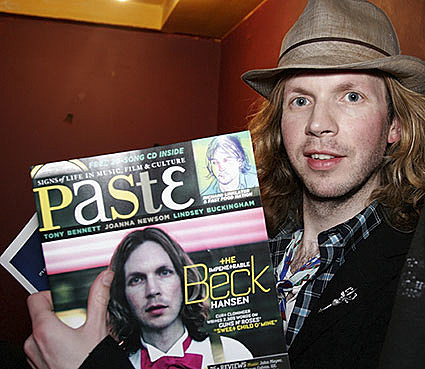 I'm not sure The Fiery Furnaces ever played The Annex before, but I did see them at Bowery Ballroom in 2004, and I'll be at the Annex on Saturday November 4th with special guest host Sara Shaefer who also performed with the Walkmen at the above mentioned AOL party at Canal Room.