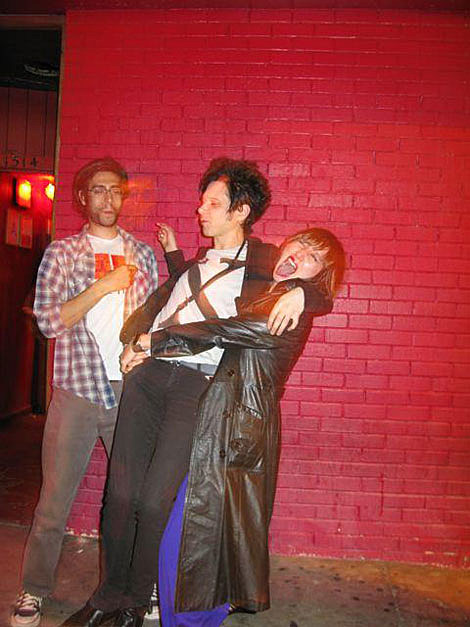 In related news, "Zero," the first single off the band's new record It's Blitz, has so far been remixed by MSTRKFRFT, N.A.S.A., and Animal Collective (and probably others). If you haven't heard them already, the first two versions are streaming below. The third, Animal Collective's reworking, is out as the b-side of a limited-edition "Zero" 7" single - free when you buy/bought the album from Insound.

The band's upcoming shows include Coachella and Bonnaroo, and All Points West.

Check out the third installment of Yeah Yeah Yeahs' SNAKESWEAT art-video series (after catching up on the previous two), also below...