"apparently there was a secret Yeah Yeah Yeahs show tonight in Brooklyn.
If you went, I hate you" - Matty Aye 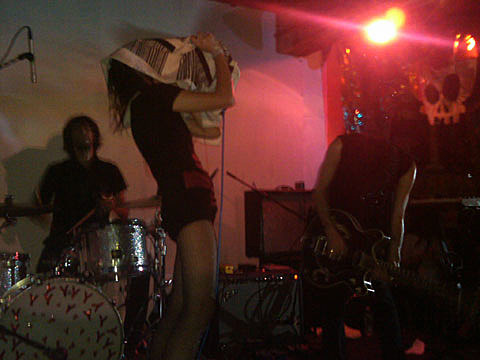 Yeah Yeah Yeahs played about an hour, starting around 10:40pm, on Wednesday night at Monster Island to the select few who were able to land themselves a ticket. It was hot and sweaty (the fans didn't help) and people were going nuts. As advertised, the band stuck to mostly older and more obscure material (though they did play the-always-crowd-pleasing "Maps") in celebration of their 10th anniversary as a band playing shows in NYC.

Leia Jospe was one of those who got a ticket to the Todd P-presented show. She left her camera at home, but managed to get a few snaps on her phone. Those, along with a shot of the setlist sent in by special agent PP, below... 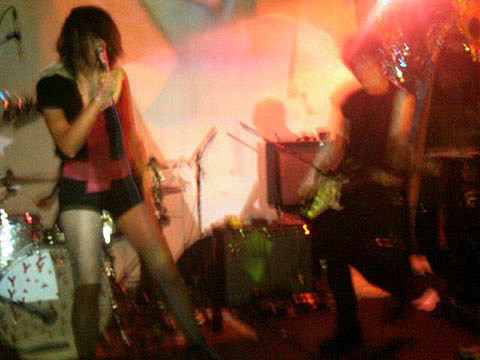 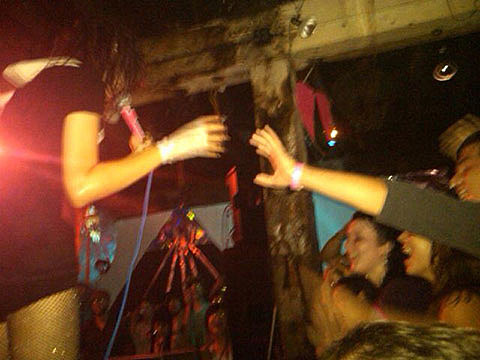 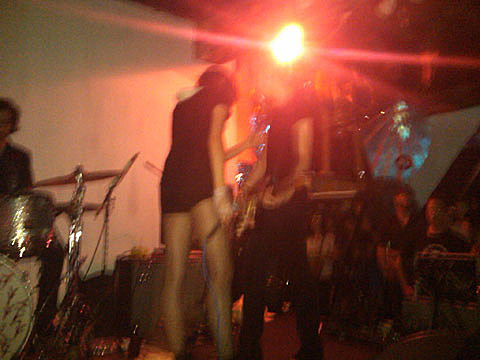 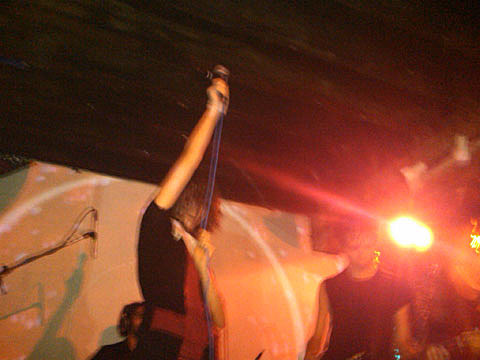 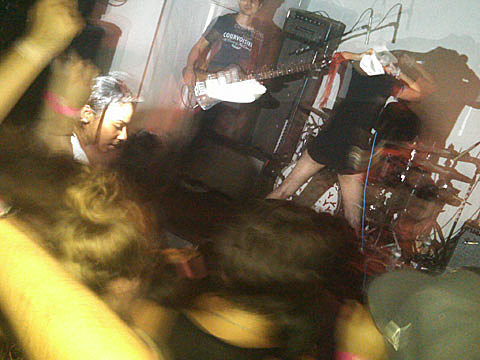 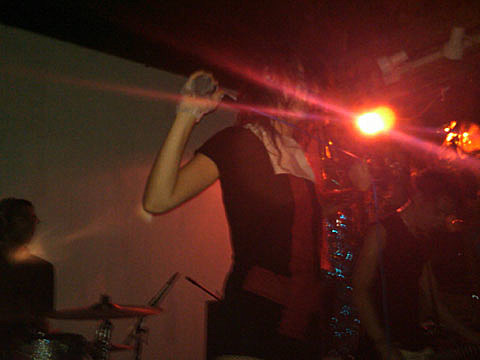 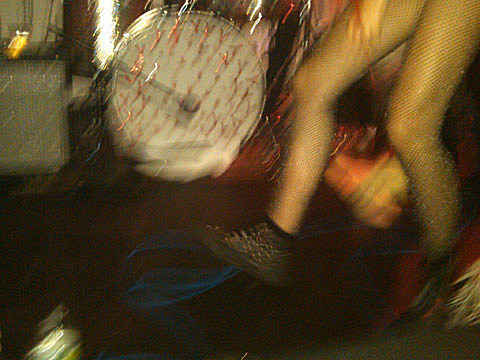 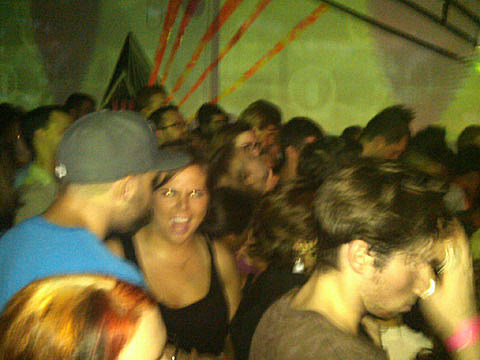 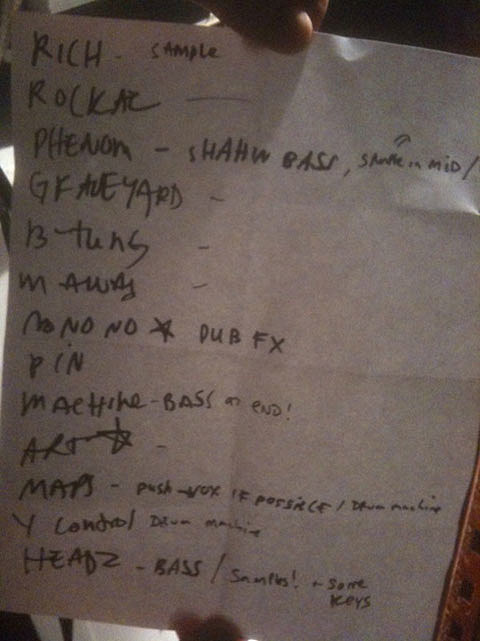 The Yeah Yeah Yeahs played another small show, but for fashion week and in Manhattan (at Don Hill's) a drop over a week earlier.