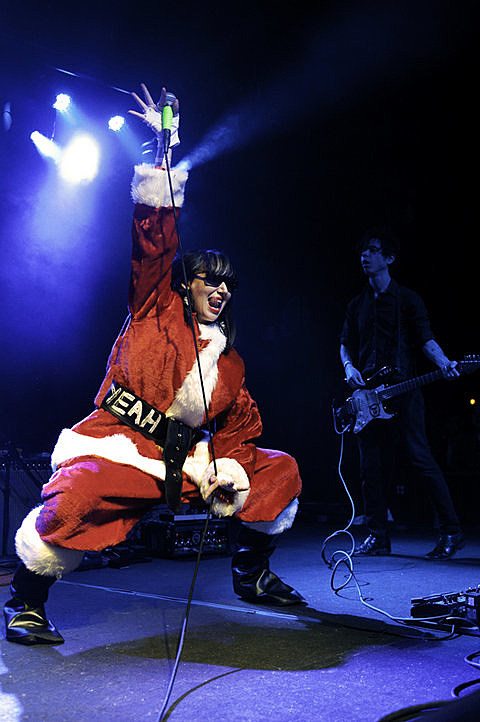 The Yeah Yeah Yeahs will play a Hurricane Sandy relief benefit at the very tiny Union Pool on Saturday, December 8. Opening the show will be Higgins Waterproof Black Magic Band which is Tunde Adebimpe from TV on the Radio, plus Alex Holden, Ryan Sawyer And Josh Werner. Between sets, duo Creep will DJ.

Tickets go on sale Tuesday (11/27) at noon are either $75 (includes a complimentary Jameson cocktail) or $100 which will also include a silkscreened poster designed by Tunde Adebimpe. All proceeds go to Waves For Water, an "international surf-based non-profit organization, whose positive, "no-nonsense" approach has provided clean water to victims of natural disasters around the globe." You can also donate directly to Waves for Water's Hurricane Sandy Relief Initiative here.

Meanwhile, word is the Yeah Yeah Yeahs have completed work on their new, still-untitled, album (their first in four years) which will reportedly be out Spring 2013. Maybe they'll play some of the new songs at Union Pool. 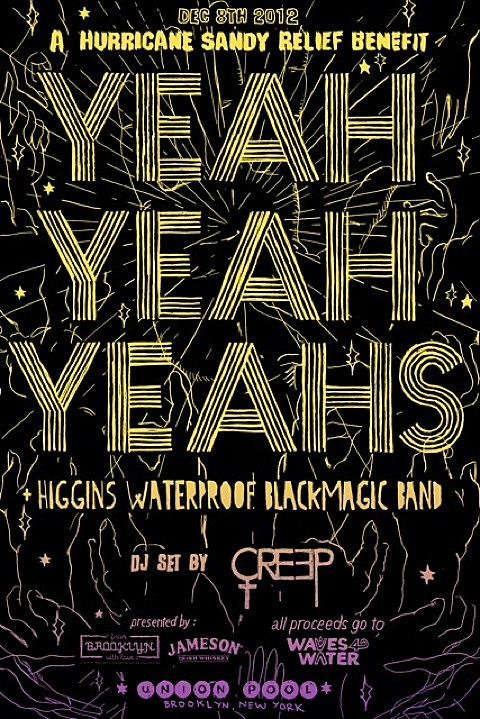