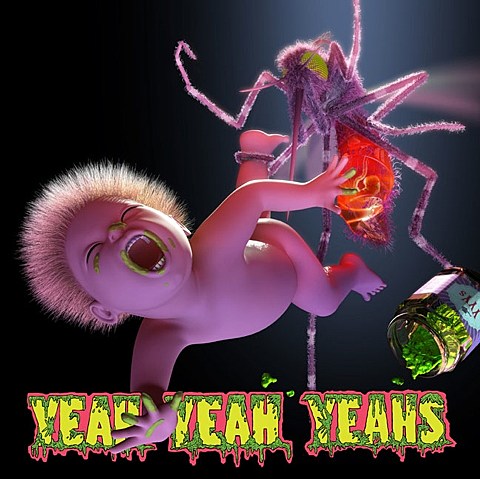 We knew that Yeah Yeah Yeahs were going to release a new album this spring, and they've just revealed that it's called Mosquito and will be out on April 16 via Interscope. That's the amazing cover art above, designed by Beomsik Shimbe Shim. The album was largely produced by Dave Sitek (TV on the Radio) and Nick Launay, who also worked on 2009's It's Blitz!, and there's also a track produced by James Murphy and Dr. Octagon aka Kool Keith aka Dr. Dooom aka Black Elvis etc is on one.

The band also just recently performed some new material live in Pomona, CA, which you can check out videos of below (via Consequence of Sound), along with the album trailer.