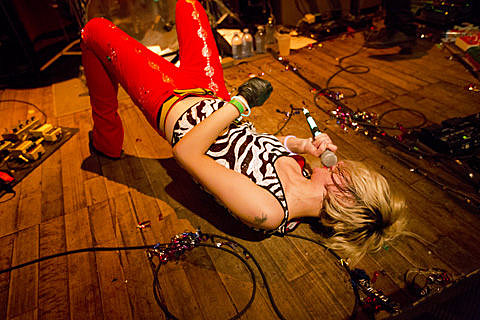 As mentioned a couple times, Yeah Yeah Yeah's new album, Mosquito, is due out April 16 on Interscope. If you haven't checked out the LP's gospel-inflected single, "Sacrilege," yet you can stream that below.

While YYYs haven't announced a full tour, they will be playing a record release show in NYC at Webster Hall on April 7. Tickets for that show go on sale Friday (3/1) at noon.

If you're headed to Austin for SXSW, you can also catch the band at NPR's SXSW showcase on March 13 at Stubb's with Nick Cave & the Bad Seeds. All dates are listed below...