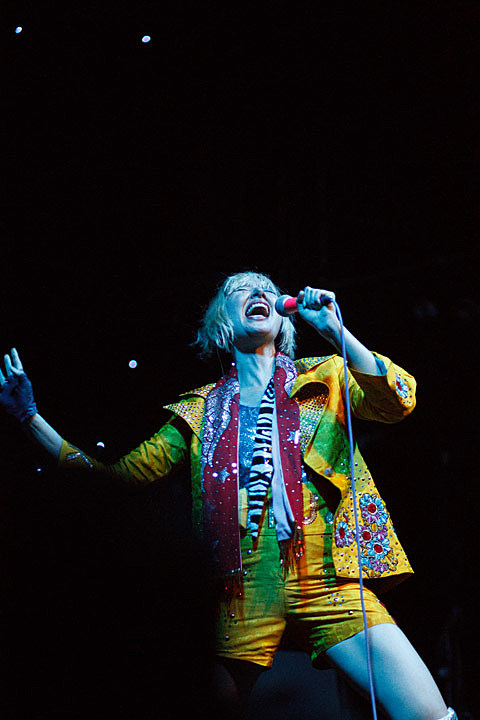 NYC indie rock mainstays Yeah Yeah Yeahs are still on the heels of an awesomely weird new album, Mosquito, for which they played a relatively intimate release show at Webster Hall, which followed two far more intimate benefit shows in the year or so prior at Union Pool and Brooklyn Bowl. (They also had a set at this year's Brooklyn festival GoogaMooga.) And they're now set to do the exact opposite of that.

Like NYC bands The National and Vampire Weekend before them, YYYs have announced that they'll headline new Brooklyn arena Barclays Center on September 19! Tickets for their largest hometown show yet are not on sale yet go on sale Friday (7/19) at 11 AM with a presale starting Wednesday (7/17) at 11 AM.

In related news, TV on the Radio's Dave Sitek just remixed Mosquito track, "Despair," which you can listen to at Pitchfork.

All upcoming YYYs dates are listed, along with the video for the original version of "Despair," below...