"Surprised and touched that Karen O got so emotional during maps. "Can you believe how far this NY band has come?" She said while crying." - Kim Thai 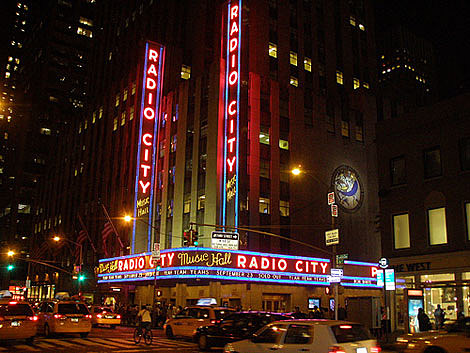 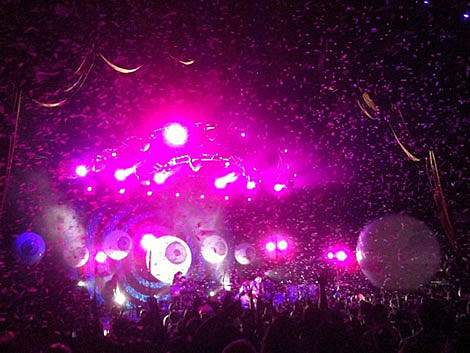 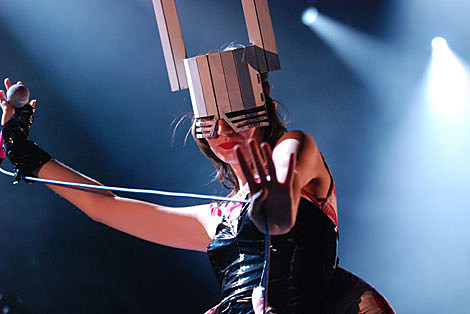 "The key for me is to get really plastered," O says in a recent phone call with Atlantic City Weekly. "I don't have to get drunk when I play, but I admit it makes it easier. It helps me not think about anything onstage. I don't worry about what anyone thinks of me or the band. The best way to do it live is to just let it rip."

O is not the only reason that the Yeah Yeah Yeahs are a live force. Bespectacled powerhouse Brian Chase slams away at his drum kit as guitarist-keyboardist Nick Zinner delivers minimal but melodic lines. O commands attention as she stalks the stage like a famished predator.

"That's just the way we do things," O says. "That comes natural to us."

The band has morphed from a little-known New York City-based indie act to one of the most identifiable acts in Gotham. The Yeah Yeah Yeahs, who will perform Saturday (Sept. 26) at Borgata's Music Box, headlined Wednesday at Radio City Music Hall. But even though the group is playing one of the most storied venues in Manhattan, which signifies that you made it, the Yeah Yeah Yeahs haven't changed a bit. The trio remains gritty, tenacious and dramatic.

"I don't see why any band becomes something else," O says. "You should remain true to yourself, your band and your music."
[Atlantic City Weekly]

Yeah Yeah Yeahs headlined Radio City Music Hall in NYC last night (9/23). The four-song encore kicked off with two songs played acoustic with strings. One of those songs was "Maps". The video of that, with the full setlist, below...

ESG opened. Services open on 9/29, when the Yeah Yeah Yeahs play the much smaller Music Hall of Williamsburg in Brooklyn. Radio City: