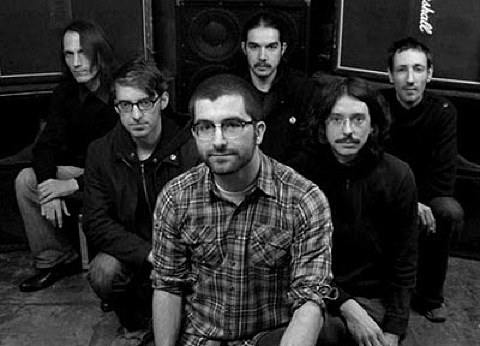 When we first mentioned the absolutely loaded (Geryon, Oneirogen, Psalm Zero, Sannhet, Gnaw, Vilkacis...wow) shows for French experimental/atmospheric doom-metal mainstays Year Of No Light at Saint Vitus, they were billed as YONL's first U.S. shows. It turns out that those aren't exactly their first U.S. shows, as they since announced and kicked off a tour here last week. The tour began in L.A. this past Thursday (10/30) and basically stays on the west coast with the awesome black/death rippers Take Over and Destroy until they head over to Vitus for their shows on November 13 and 14.

Tickets for night one and night two of their NYC run are currently on sale. We're also giving away tickets for the first night--details for how to win are below.

All dates and a stream of Year of No Light's latest album, also below...