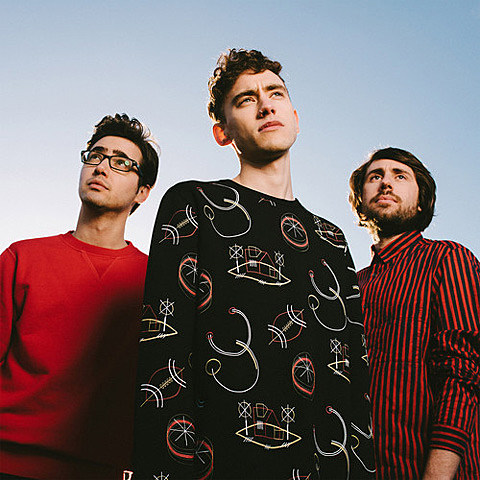 Rooted in 90s R&B - Years & Years cite TLC and and Aaliyah as influences, and play a cover of Blu Cantrell's Breathe in concert.

Formed in London, the trio consist of bassist Mikey Goldsworthy, keyboard player Emre Turkmen and vocalist Alexander, who joined the band when Mikey heard him singing in the shower after a party at his house.

The group have enjoyed a run of successful performances at UK festivals in 2014 including Bestival, Latitude, and The Great Escape before playing coveted support slots with Clean Bandit and Sound of 2014 winner Sam Smith. - [BBC]

The votes have been tallied in the BBC's "Sound of 2015" poll and UK trio Years & Years are the winners, as voted on by a bunch of music industry professionals and influencers. You can stream a few songs below. Whether you like what the 'Beeb says 2015 is supposed to sound like or not (us, notsomuch), the poll lately has a good track record with predicting commercial success: Sam Smith was their "Sound of 2014," Haim was their "Sound of 2013." You can stream a few tracks below.

Years & Years will be making their North American debut this month with two NYC shows: Le Poisson Rouge on January 26 and Rough Trade on January 27. Tickets to LPR are still available (Rough Trade is sold-out).