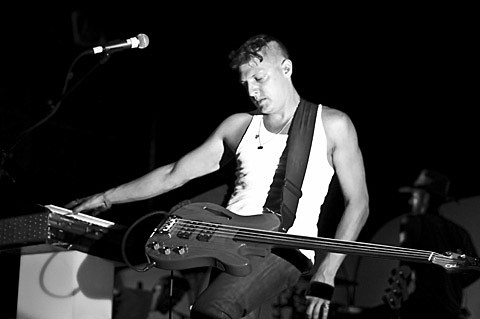 One Step Beyond, the monthly dance party series at the American Museum of Natural History, is bringing Yeasayer to DJ its next party on June 11th. Also in the house will be Roofeeo and DJ Teenwolf (of Ninjasonik). Tickets are on sale.

Yeasayer play Lollapalooza's Budweiser Stage on Sunday, August 8th at 4pm. Arcade Fire play vs Soundgarden at the fest later that night. Phoenix goes up against Green Day one night earlier. Lady Gaga and the Strokes have competing time slots on the first night. That and more in the just-released Lollapalooza 2010 schedule.

More Yeasayer tour dates are HERE. A video of Yeasayer's Governors Island show is below...