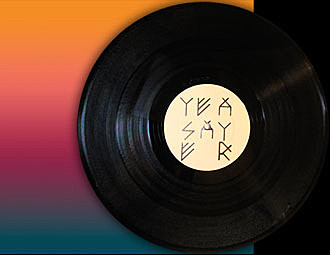 "On November 3rd, 2009 Yeasayer will reemerge with "Ambling Alp," the first single off their sophomore record ODD BLOOD (due February 2010 on Secretly Canadian). This will be the first recording since Yeasayer's contribution of "Tightrope" to the Dark Was The Night benefit compilation and their critically acclaimed debut LP All Hour Cymbals (Nov. 2007). The single will be released digitally and on a limited 12" vinyl packaged in a space age colored metallic sleeve that will also feature remixes by Memory Tapes and DJ /rupture."

The single is out next week, but is available as a free download on Yeasayer's website now.

Catch Yeasayer live tonight (10/30) at the Guggenheim Museum with Tanlines and comedian Max Silvestri. The Oddblood tracklist is below.