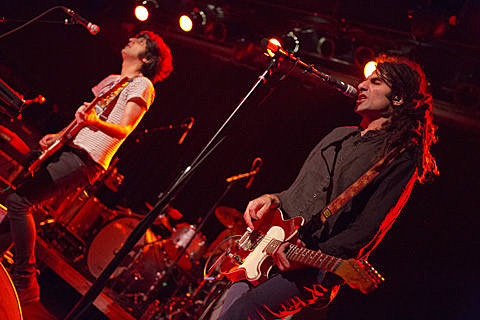 This morning, it was reported that there was a shooting related to a Brooklyn/Iranian band, and it was speculated to be the Yellow Dogs. An official statement from the Yellow Dogs' manager (previously thought to be their "publicist") reads:

The shooter was not a former member of the band The Yellow Dogs, he was in another band from Iran and the two groups were acquaintances in the past. A personal conflict between the guys resulted in the dissolution of their relationship in 2012. The shooting resulted in the death of two of the members of the Yellow Dogs, Sourosh Farazmand (guitarist) and Arash Farazmand (drummer), along with a friend of theirs, fellow musician and author Ali Eskandarian. The shooter died from a self inflicted bullet wound on site. [via P4k]

UPDATE: Despite what the above message says, it seems Ali was also a member of Yellow Dogs. The killer's band has also been revealed.