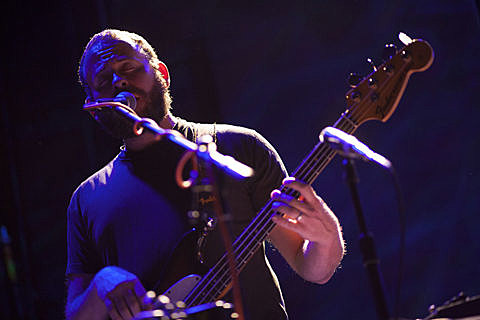 Yellow Ostrich returned to NYC last night (11/14) for the last club date on their fall tour (they play Bard College tonight (11/15)) at Bowery Ballroom. The tour started in October just a few days after member Jon Natchez returned from his trip around the country with David Byrne and St. Vincent (he plays saxophone, flute, clarinet, and flugelhorn in their band).

Yellow Ostrich's setlist at Bowery was pretty modest in length compared to the amount of material they've released in the three years they've been in a band, but they included material off most of their releases, not sticking to one album in particular. Opener Strand of Oaks (aka Tim Showalter) joined them for "Ghost," the title track on their new EP, and Darby Cicci of The Antlers came out for "Won't Fade Away," off that same EP (Peter from the Antlers will join Sharon Van Etten on stage at Town Hall tonight).

In addition to an opening set by Strand of Oaks, who we also saw opening for The Tallest Man On Earth this year, and whose new self-released album, Dark Shores, has gone undeservedly overlooked, Glass Ghost (who have opened for Sharon Van Etten at the same venue) provided support at the show. More pictures of all three bands and Yellow Ostrich's setlist are below. 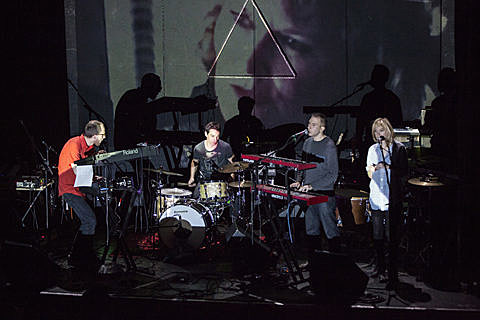 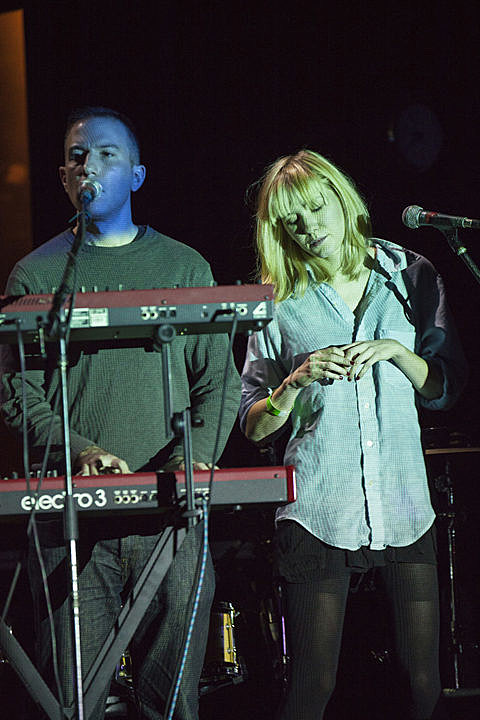 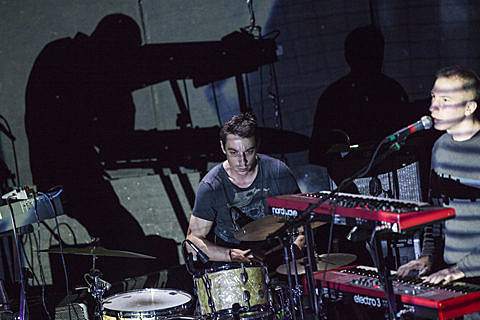 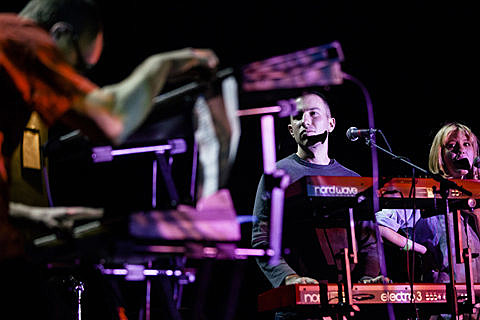 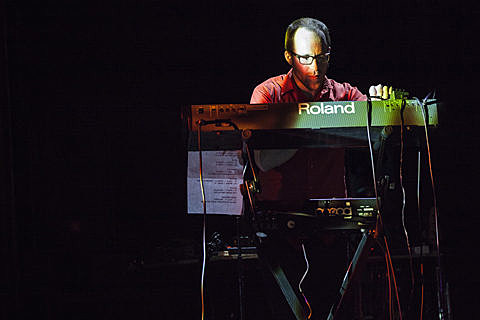 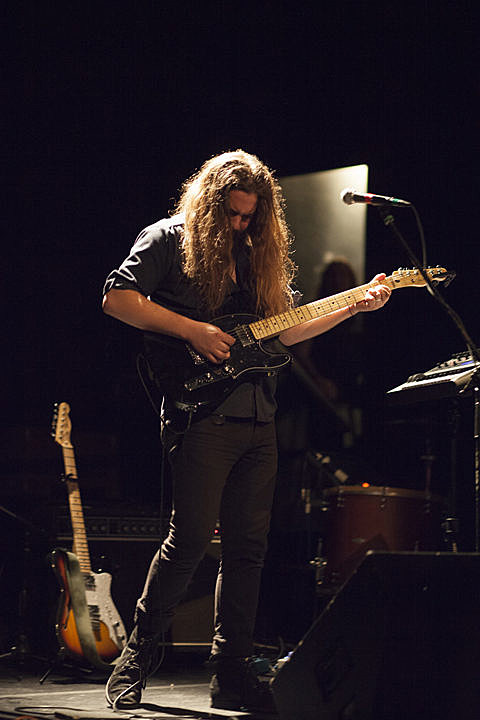 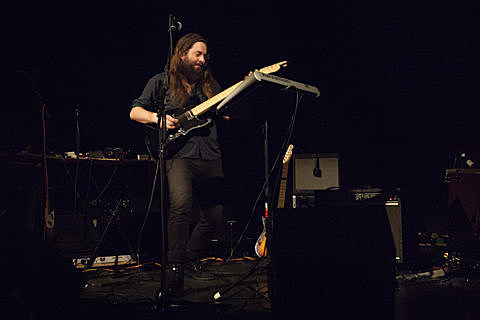 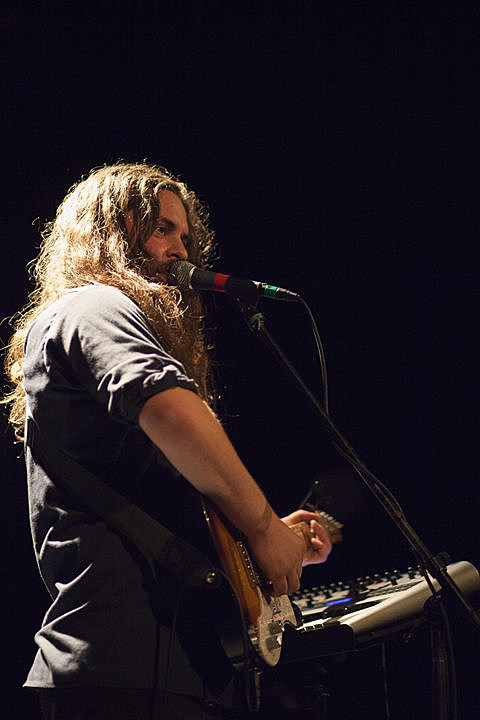 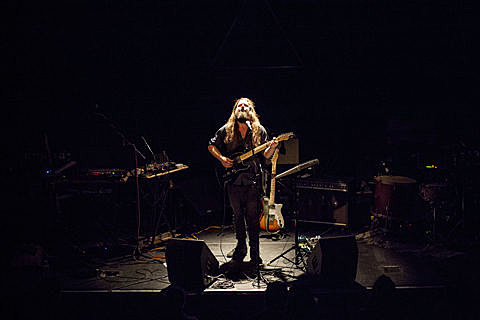 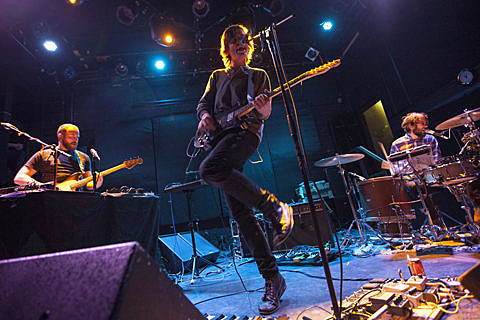 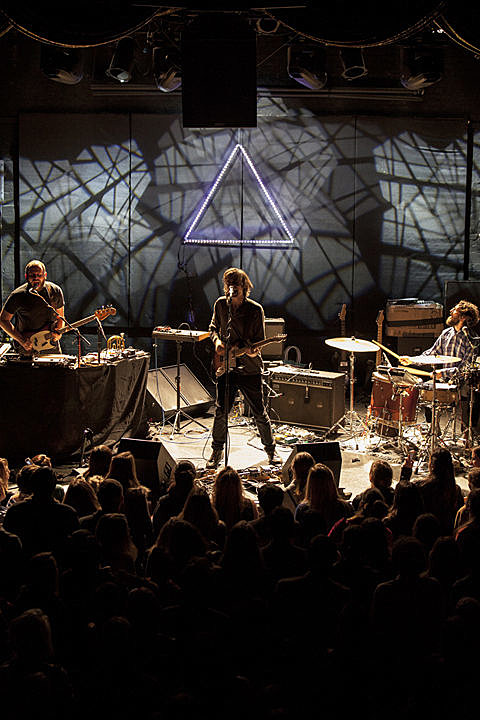 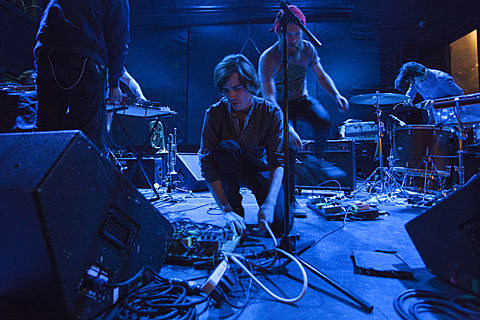 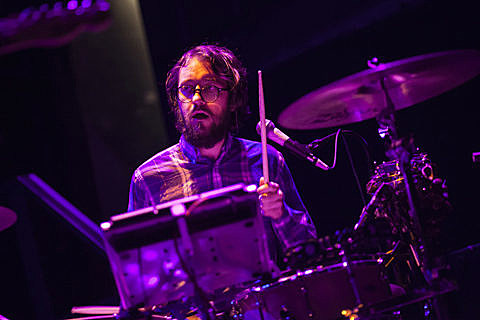 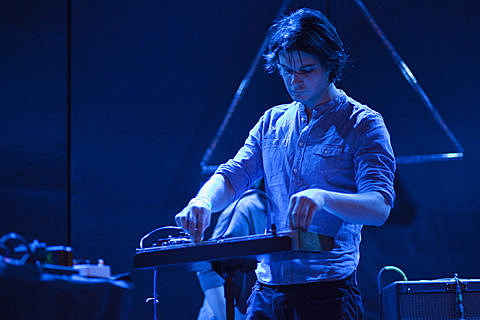 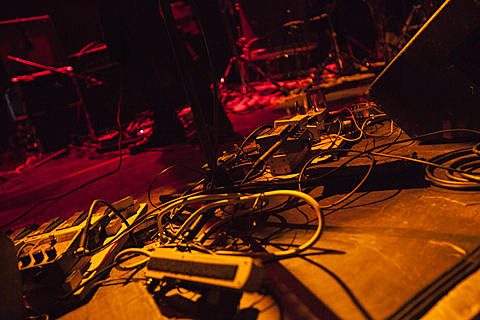 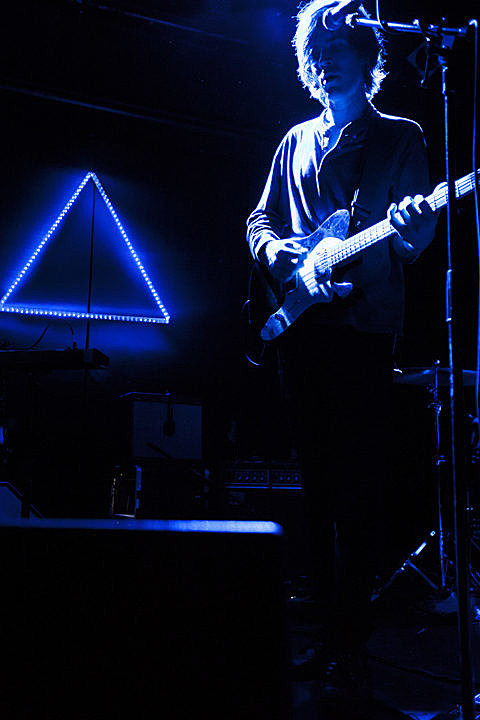 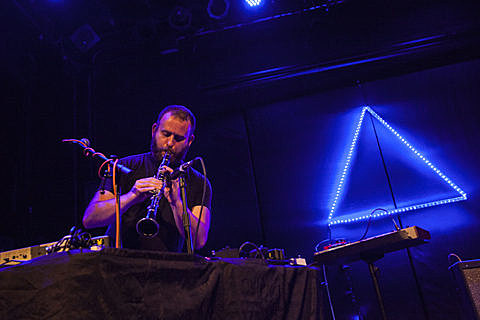 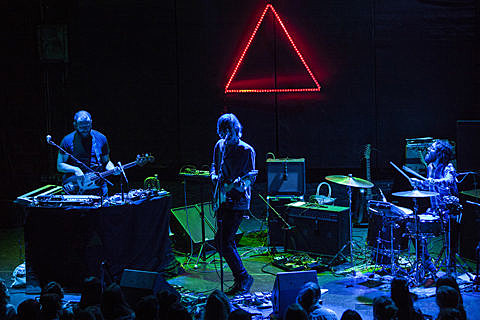 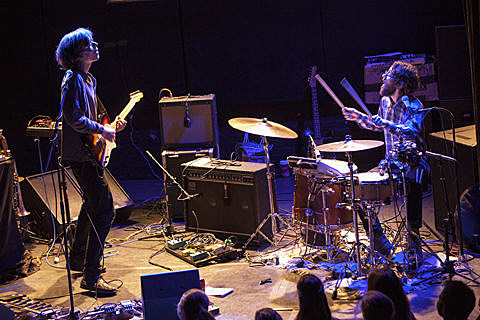 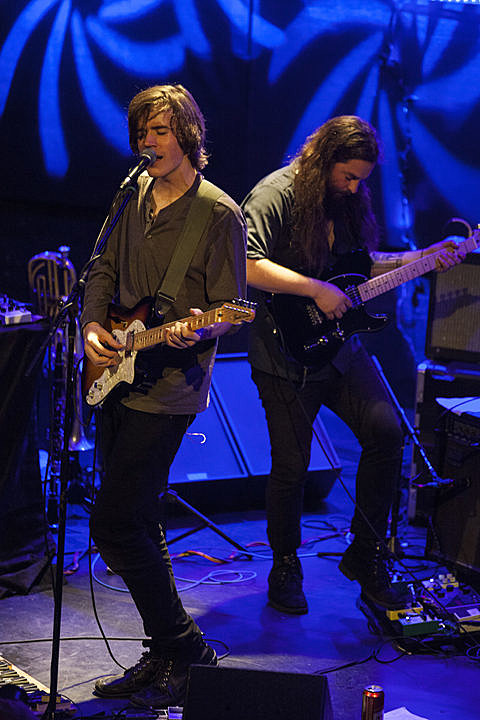 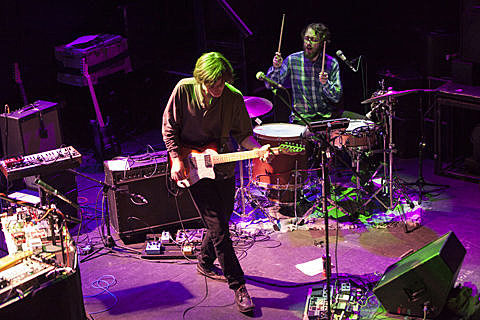 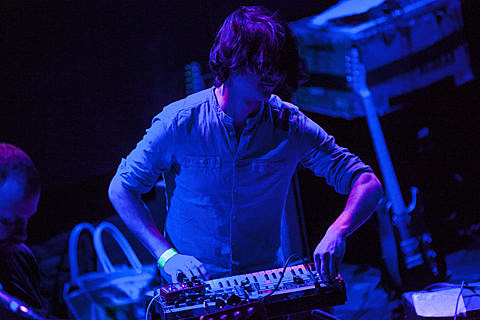 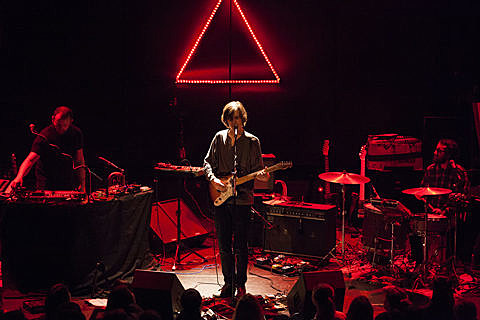 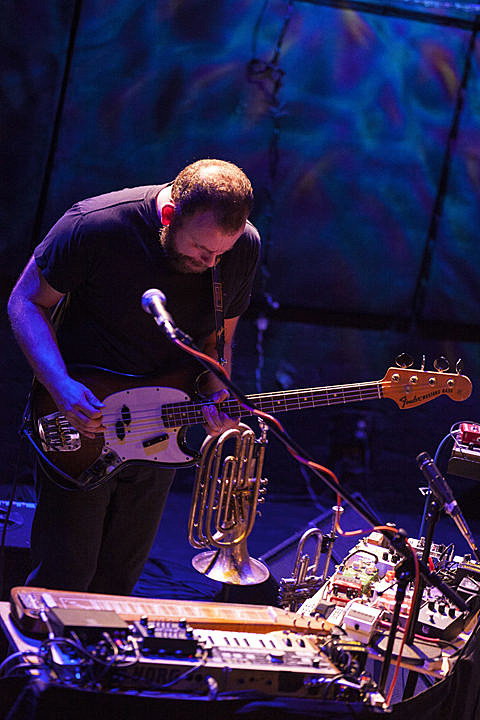 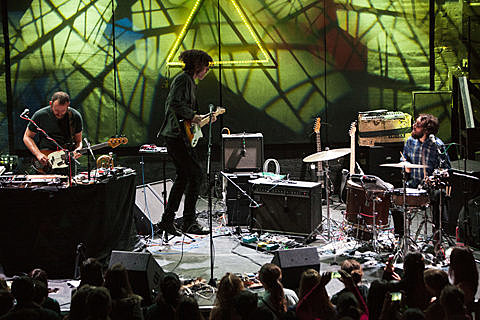 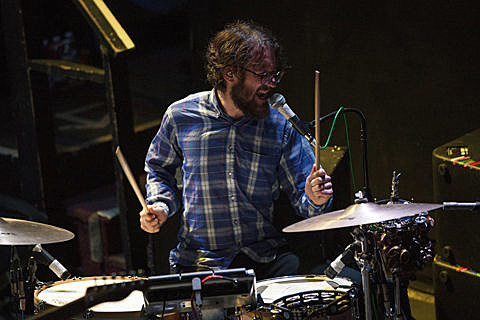 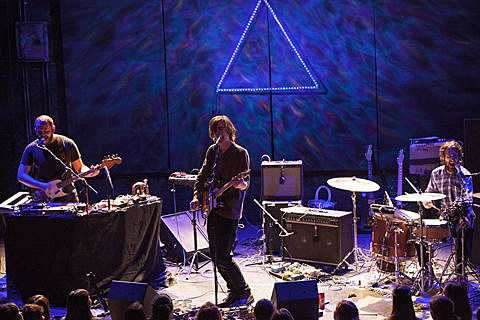