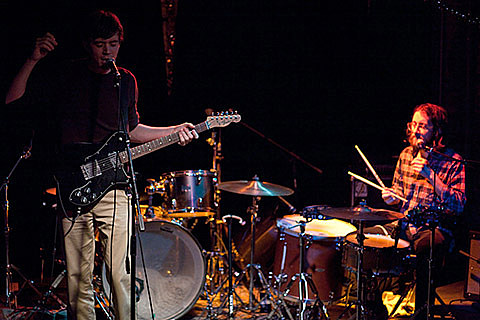 Yellow Ostrich, which began as the solo recording project of Alex Schaaf, played a 35-minute midnight set to an enraptured crowd at Bowery Electric on a Monday night in December. The duo, which also features Michael Tapper (We Are Scientists/Bishop Allen) on drums, has been playing shows around New York City (where they now call home) for the last 6 months supporting their latest album The Mistress (which was self released in October). One of those shows was a La Blogoteque Take Away Show taping. The video from that was recently posted and you can watch that below with more pictures from Bowery Electric.

The Bowery Electric set opened with the standout track from the LP, "Whale" (recently featured as KEXP's "Song of the Day") and featured songs from several of Yellow Ostrich's 6 albums and EPs all of which are available for free on the band's Bandcamp site. Afternoon Records, home of Pomegranates and John Vanderslice, will release a remastered version of The Mistress in February of 2011. 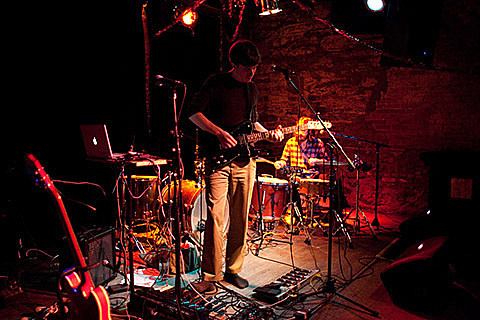 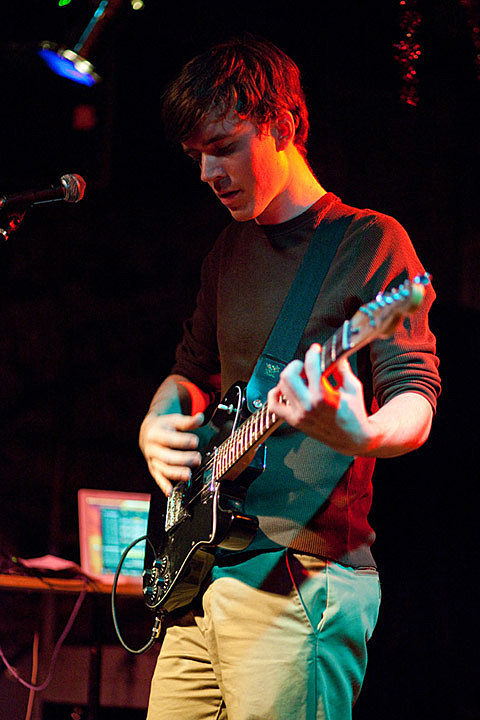 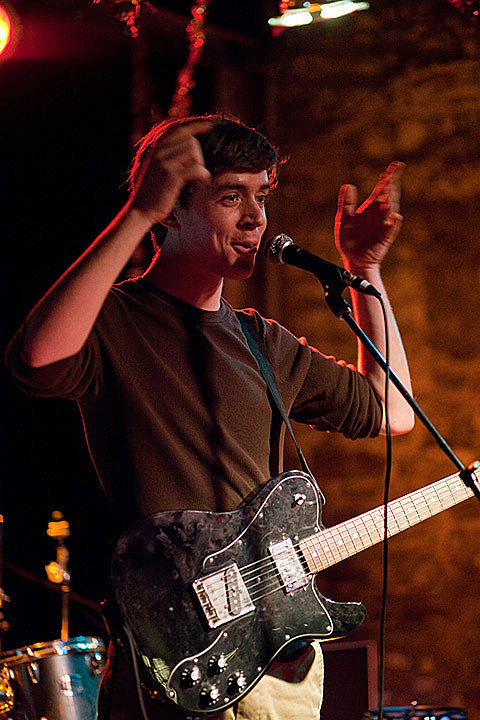 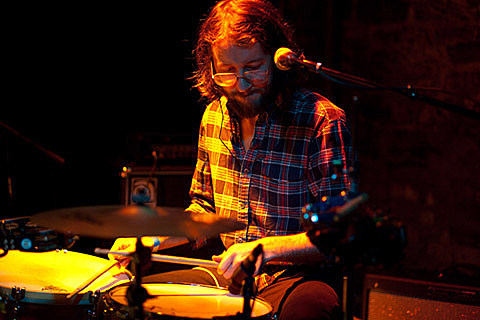 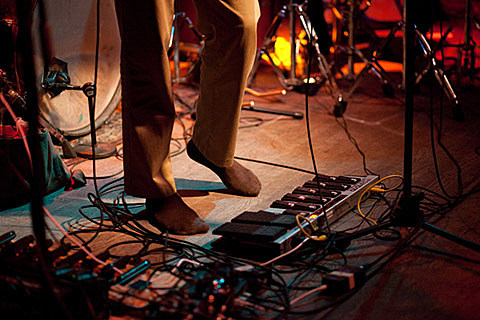 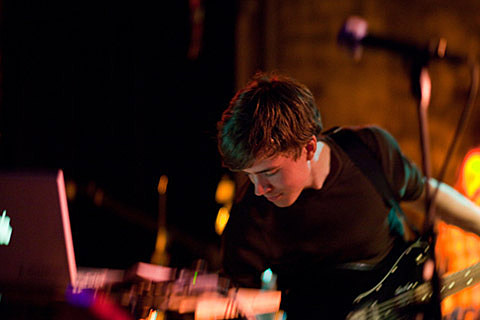 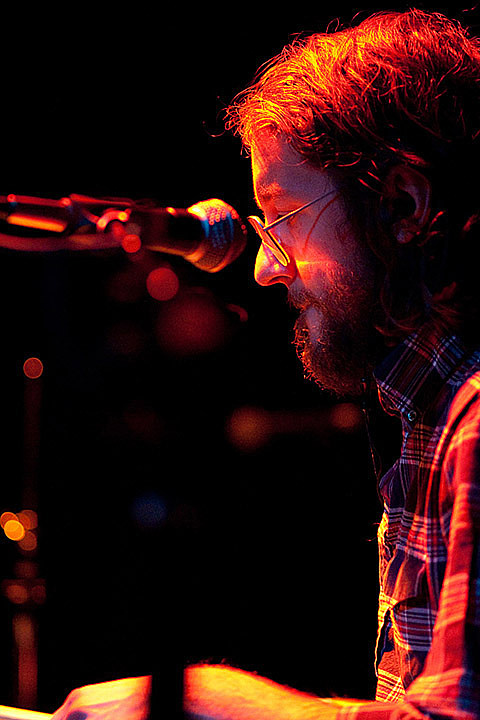 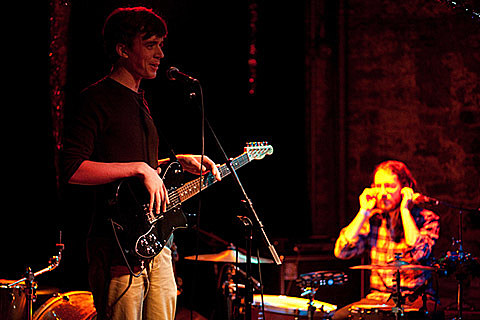 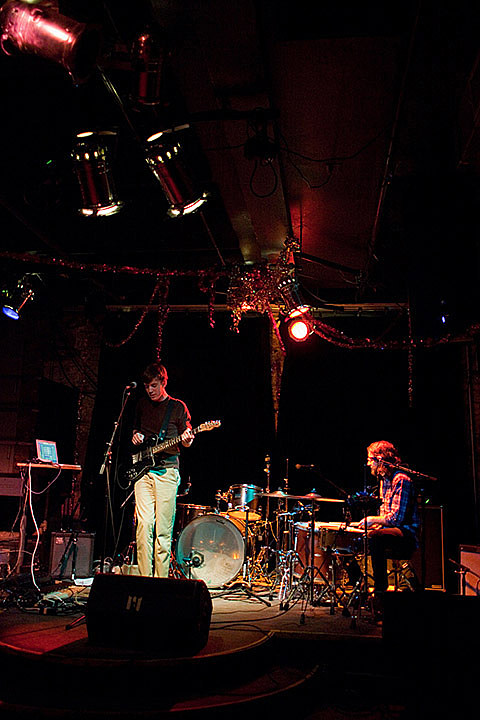