Yellowbirds in Prospect Park in June (more by Amanda Hatfield) 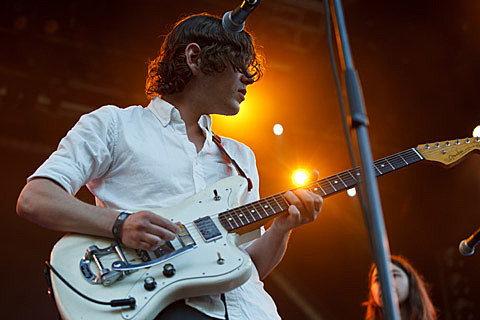 Sam Cohen's Yellowbirds project is coming to an end, but will play a final show happening November 1 at Baby's All Right with Mesiko and Steve Salett (The Poison Tree). Tickets for that show are on sale.

After Yellowbirds call it quits, Sam will be releasing a solo album. Here's what he had to say about it:

In all this time, babies have been born (probably conceived on Yellowbirds tours), life has made all sorts of grand and subtle shifts and, more than ever, various musical projects beckon us all. As a result, I've been working on new music in a new manner, mostly by myself, which has led to a new record called Cool It, which will be released next year by Easy Sound Recording Co. The record marks a shift in process, and in tone, and I feel it's the closest thing yet to the core of what I want to share through music, so it's appropriate that it marks the moment I became Sam Cohen, as it were. I'm extremely excited about the new sounds and songs, the first of which will become available next month!

I hope you'll continue to find my music, and my music always finds you well.

You can watch a Yellowbirds video below...