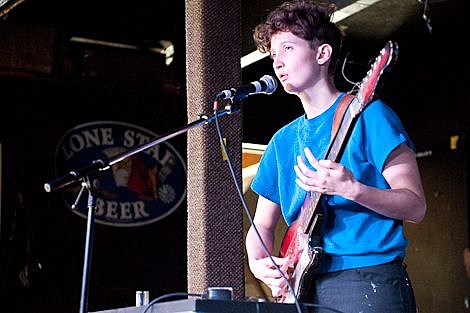 We have some unfortunate news about our show tonight. Jennifer Moore of YellowFever was detained at the airport in Houston this morning. YellowFever played a gig last night in Houston and were scheduled to grab an early flight to New York City this morning. A sleep-deprived Jennifer (who works by day at Rudy's BBQ in Austin), forgot to take a chef's knife out of her carry on. Long story short, she was arrested at the airport and won't be able to make it to NYC. Jennifer has NO prior criminal record and we have been assured that the incident is a big misunderstanding. We wish her well as they sort out the details.

Not to worry, our evening will kick off at 6pm with a DJ set by Mike Wolf followed by Woven Bones and local favorite Beach Fossils.

Please join us for the kick-off to another great summer here at the Seaport.

Bummer! But at least we are safe now. I kid. Hopefully everything gets taken care of in time for YellowFever to make it to New Orleans by July 3rd and then back to NYC to play Cake Shop on July 8th. Those dates and more HERE.

And speaking of the Seaport, they're giving away a mix tape over at Insound that features many of the artists playing their series this summer (including YellowFever, or is it "Yellow Fever"?).

So that means Beach Fossils have yet another show. You may have caught them last night at Bruar Falls and they're also playing July 4th at Water Taxi Beach in LIC. More info on that party and the rest of their dates HERE.