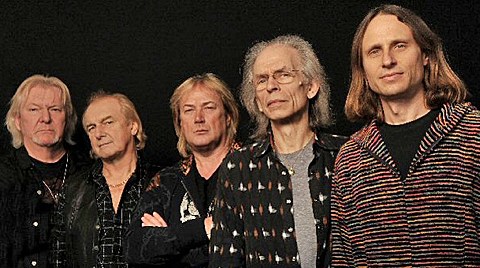 As mentioned, the current incarnation of prog rock legends Yes are going on a tour this year playing three of their classic albums, The Yes Album, Close to the Edge, and Going for the One, in their entirety. That tour hits NYC for a previously discussed (and now sold out) show at Beacon Theatre on April 9, and the band have just announced that they'll be adding a second leg to the tour which sees them returning to the NYC area on July 28 at Capitol Theatre in Port Chester. Tickets for that show go on sale Friday (4/5) at noon.