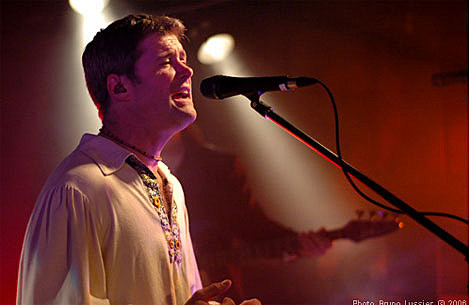 ...the classic YES line-up of guitarist Steve Howe, bassist Chris Squire and drummer Alan White will launch the "In The Present" tour starting November 4th in Hamilton, Ontario, marking yet another chapter in the art-rockers' amazing, 40-year career of legendary live performances. The three will be joined by keyboardist Oliver Wakeman, the son of YES' Rick Wakeman, and vocalist Benoit David, a Montreal, Quebec, native and vocalist in several YES tribute groups, who was discovered by the band on the Internet....

....YES postponed plans for a 40th anniversary Close to the Edge and Back tour in June, when vocalist Jon Anderson suffered a severe asthma attack and was diagnosed with acute respiratory failure. Commented Squire: "This isn't an attempt to replace Jon Anderson, because as we all know, that would be impossible. With Benoit, we are bringing in a talented singer so that we can go out and honor the music of YES for the fans who have waited for the past four years to see us perform."

"Yes" has a NYC show scheduled at Hammerstein Ballroom. Tickets on sale Saturday.