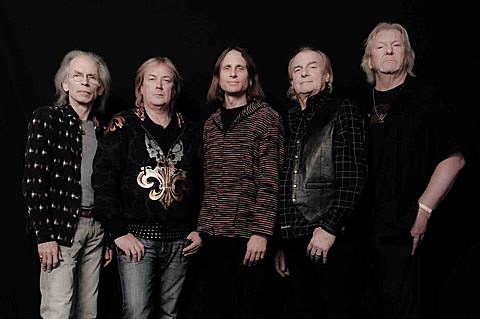 Though the classic Yes lineup (Anderson, Squire, Howe, Bruford, White, Wakeman) has not been in place in close to ten years, the progressive rock greats (current members above) will hit the road for a tour in celebration of three albums that were the fruit of their labor. Yes will play The Yes Album, Close to the Edge and Going for the One in their entirety during a US tour in March, hitting Beacon Theater on April 9th. Ticketing info is on the way.

All tour dates are listed below, along with Spotify streams of the classic Yes LPs.