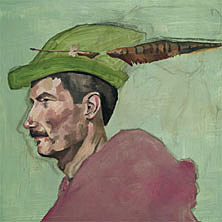 The Yeti-loved & Domino-signed singer-songwriter Benjy Ferree is about to leave Washington DC on a small tour that has him playing NYC twice. The first show is December 30th at Webster Hall....opening for Spoon. The second show is January 20th at Tonic. Listen at MySpace and here. All tour dates below....