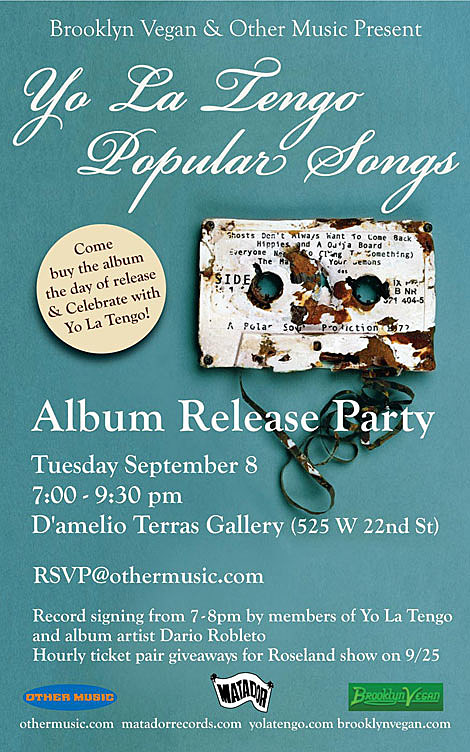 Matador Records, Brooklyn Vegan, and Other Music are proud to announce that we are combining forces to celebrate the new album Popular Songs on the date of release, Tuesday, September 8th here in New York City. The event will be held at D'amelio Terras Gallery (located at 525 W. 22nd St) from 7-930 pm, however, get there EARLY, as the first hour will be an album signing by the band (yes, Ira, James, and Georgia will be in attendance), and the album artist (and gallery owner) Dario Robleto. Other Music will be set up at the gallery to sell you your personal copy of the new album (while you hear it) on the day of release! Goodies will be raffled like: Popular Songs LPs, autographed tour posters, and concert tickets to their upcoming New York headlining show at ROSELAND BALLROOM.

There will be complimentary beer and wine.