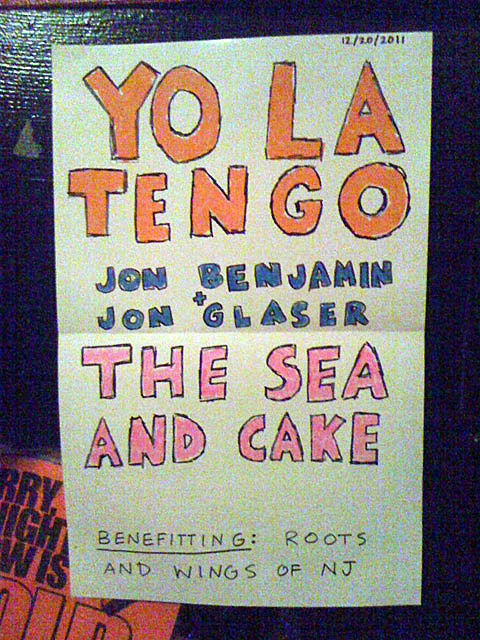 Yo La Tengo played their first of eight Hanukkah shows at Maxwell's last night (12/20). We have a full set of pictures coming, but in the meantime, check out last night's setlist complete with openers/guests listed, via Frank & Earthy, below...

(entire set with Mac McCaughan on guitar, keyboards, and vocals.)

In related news, Jesse Jarnow's book Big Day Coming: Yo La Tengo and the Rise of Indie Rock will be relased on June 6, 2012.