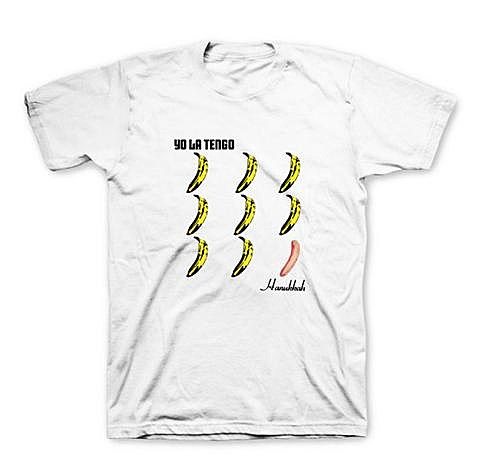 Meanwhile, the band are putting the finishing touches on their 13th, still-untitled new album which was recorded in Chicago with producer John McEntire. Ira Kaplan and Georgia Hubley talked about making it recently with Pitchfork:

IK: We've known John a long time. We were crammed in a van with him in 1992-- he was with Seam before the Sea & Cake and Tortoise. I think the Sea & Cake's first show might have been with us. We've made music with him a lot because, when we have done shows together, he would play with us.

Every time we made a record with Roger we always considered not making a record with him. We always thought about it, then decided to work with him. But when the idea of John came up, it felt right. A lot of our ideas don't get examined that deeply past the field test.

Pitchfork: Is there a particular way he approaches sound that drew you to him?

GH: We knew that we would have a lot of amazing gear in the studio. He's a musician-- that helps. I felt that there would be a real gravity and like-mindedness, like it wouldn't be so difficult to get at the things we wanted to do musically.

Yo La Tengo released a limited-edition single, "Stupid Things," last month which serves as a first listen for the new album which will be out sometime in 2013 and you can stream that below.

Yo La Tengo - Stupid Things from Jörn on Vimeo.