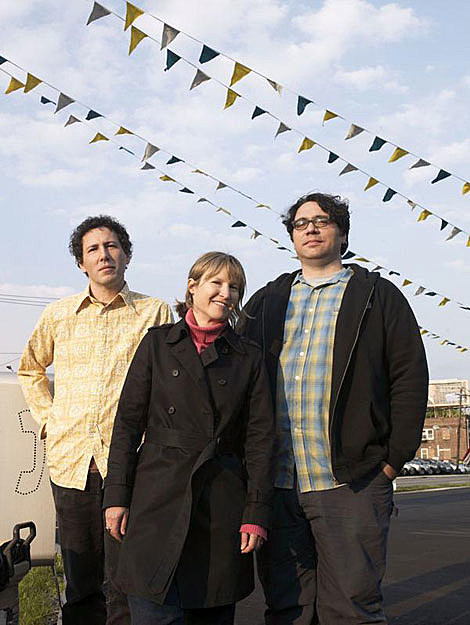 "You have to give it up for Wilco for making things so simple. The group's seventh album -- due out in late June -- will be titled Wilco (The Album). Even cooler: there's a cut on the disc titled "Wilco The Song," which Glenn Kotche describes to Rock Daily as "a great, upbeat song professing our love for our fans."

There's a little something for everyone on the group's new disc, which they recorded in their loft space in Chicago. "One Wing" and "Sunny Feeling" are breezy, pop-friendly tunes; "Deeper Down" is a mellow ballad spiked with atmospherics and chamber strings; the nearly-six-minute jam "Bull Black Nova" starts with rollicking drums, stacatto keys and guitars before exploding into a killer solo from guitarist Nels Cline. Think of the it as a sonic follow-up to the kraut-rockin' "Spiders (Kidsmoke)." "That one's a really intense, powerful song," says Kotche of "Nova." "It's got a static groove that's really insistent. There's a lot of great guitar moments on that song."

This June, Wilco will hit the road for a summer tour of festivals (Bonnaroo, 10,000 Lakes), minor league ball parks (Keyspan Park in Brooklyn, NY) and intimate theaters and the crew will be unleashing most of the 11 tracks from the new record..."
[Rolling Stone]

Yo La Tengo, whose name comes from a baseball anecdote, are opening for Wilco at Keyspan Park on July 13th! Tickets are still on sale.

All Yo La Tengo dates below...