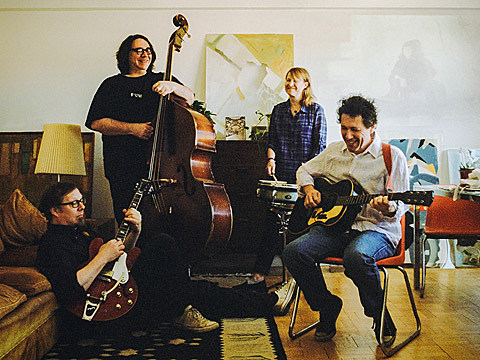 Yo La Tengo, who recently celebrated their 30th anniversary, will release a new album, Stuff Like That There, on August 28 via Matador. Reuniting with former member Dave Schramm on electric guitar, the Hoboken legends are also revisiting the Fakebook concept, mixing covers (Hank Williams, The Cure, Lovin' Spoonful, Antietam), redoing a few of their own songs, and recording a couple new ones as well. You can stream a couple songs from the LP below.

The band, who recently played a Cake Shop anniversary show as Condo Fucks, will be on tour this fall, most of it in an acoustic setup, with Ira on acoustic guitar, Schramm on electric, Georgia up-front on a small kit, and James on upright bass. They've just added a NYC date to the acoustic tour, happening October 10 at Kings Theatre with special guest Nick Lowe. Tickets for that show go on sale Friday (6/19) at 10 AM but you can get them early via the BrooklynVegan presale which begins Thursday (6/18) at 10 AM. Check back Thursday morning for the password.

Before that Yo La Tengo, along with Taylor Ho Bynum, Daniel Carter, Susie Ibarra and Tony Maimone, will be performing as The Little Black Egg Big Band at Red Hook's Pioneer Works on June 28. Oren Ambarchi will open the Pioneer Works show. Tickets are on sale, and here's a little more info:

All tour dates are listed, along with new album art/tracklist and song streams, below... 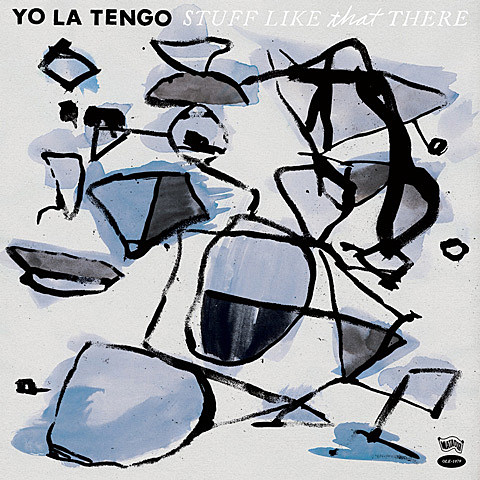 Yo La Tengo - Stuff Like That There tracklist
A1: My Heart's Not in It (Darlene McCrea)
A2: Rickety
A3: I'm So Lonesome I Could Cry (Hank Williams)
A4: All Your Secrets (remake of track from Popular Songs)
A5: The Ballad of Red Buckets (remake of track from Electr-o-pura)
A6: Friday I'm in Love (The Cure)
A7: Before We Stopped to Think (Great Plains)
B1: Butchie's Tune (The Lovin' Spoonful)
B2: Automatic Doom (Special Pillow)
B3: Awhileaway
B4: I Can Feel the Ice Melting (The Parliaments)
B5: Naples (Antietam)
B6: Deeper Into Movies (remake of track from I Can Hear the Heart Beating as One)
B7: Somebody's in Love (The Cosmic Rays with Le Sun Ra and Arkestra)