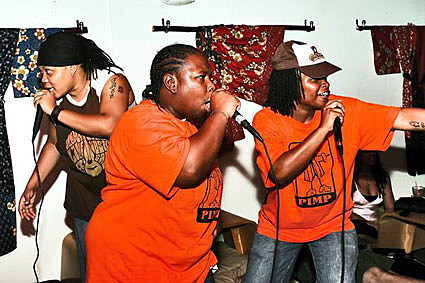 Your many chances to see Yo Majesty below...

Based in Tampa Florida the group have just released their debut EP 'Yo EP'. Produced by British punk funkers HardfeelingsUK has been kicking up a storm. The lead track 'Club Action' has been aired regularly on MTVs DIY Disco Show and 120 mins show in Europe and has had Radio 1 (UK) airplay on the Hue Stevens Show. The group made 'Band to Watch 2007' on Stereogum.com