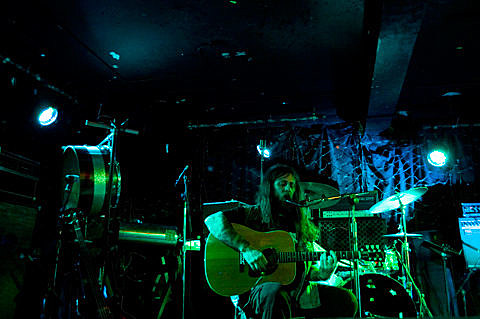 After a string of dates with Tool teased at an NYC return, Yob have officially announced their return to the five boroughs with a show at The Bell House on May 23rd. Tickets are on sale. No word on the support for the bill, which is a one-off prior to their appearance to Maryland Deathfest, but we'll keep you up to date.

Also no word on if Mike Sheidt of Yob will do a solo set before plugging in with the doom trio at Bell House. As discussed, Sheidt is welcoming his new LP Stay Awake via Thrill Jockey later this year. Detals are forthcoming, but in the meantime you can catch Mike Sheidt on Apr 19th in Portland, OR at Mississippi Studios.