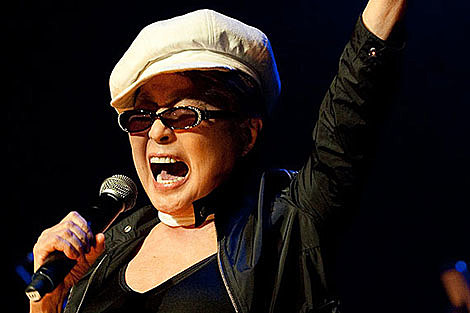 Plastic Ono Band (sans guests) will also be at this year's Noise Pop Festival in San Fran on Febraury 23rd. The group's new sprawling record, Between My Head And The Sky, the first 'Ono Band' record since the '70s, came out last September. A flyer for the show is below...