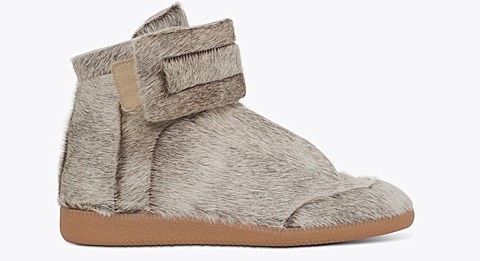 What's those sneakers, Margiela? Yes they are, and they're also pony hair. Maison Martin Margiela, the designer Kanye West loves to namedrop, designed him a sneaker for his Yeezus tour and now you can own a pair too. If you're into like, wearing things made of pony hair, that is. It's available at Tres Bien and it's only $975 which is a steal especially when you consider the dust bag is included.

Maybe don't let Kanye near that pony North West asked for for Christmas this year. Oh, and no word on whether Kanye's puppy skin gloves will get a public release too.

Kanye made two of the top 10 albums of the decade so far, says Pitchfork.