Silversun Pickups played two NYC shows in one day last week (Aug 3, 2006). That meant I got to hear them play the spectacular "Kissing Families" song three times. First they played it during their kick-ass (and packed) performance at Mercury Lounge. Good thing it was kick-ass too because MTV's "You Hear It First" got it all on tape. 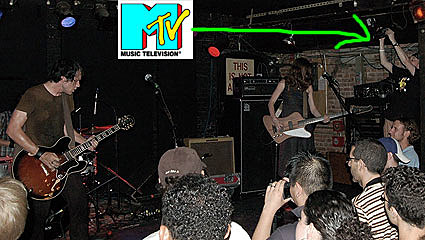 Later that night they played a free & drunken afterparty-show at Pianos. I found out about the second show right before I got to Mercury Lounge where they also announced it to everyone. It was at Pianos that I heard the song that made them famous again. 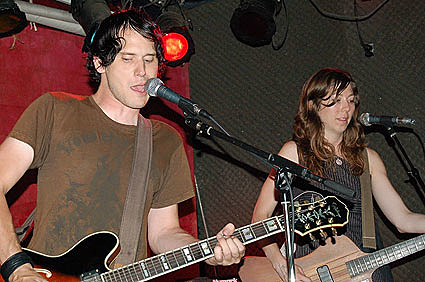 The third time I heard "Kissing Families" was later in the same Pianos set when Lexi Valentine from Magneta Lane joined them on stage for an even more drunk, duet-version of the same song. Magneta Lane opened for Silversun Pickups at Mercury Lounge earlier in the night. They were the DJs at this Pianos afterparty. 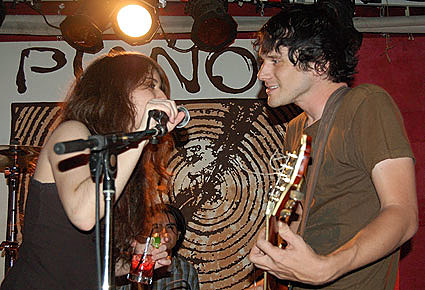 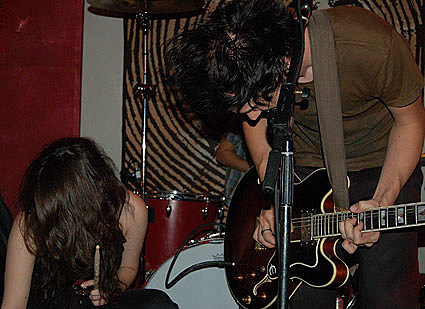 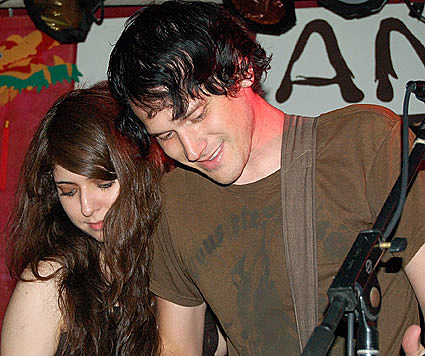 In between the two Silversun Pickups shows, I managed to catch Professor Murder at Cake Shop. (like 2 doors down from Pianos)