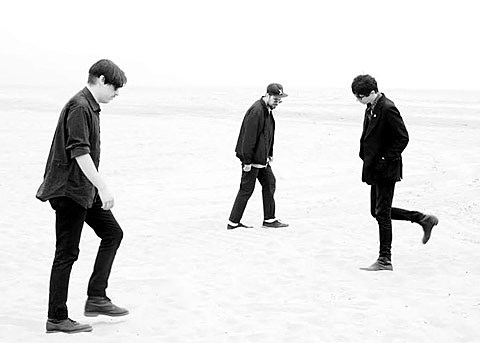 Brooklyn-based post-punk trio YOU. just released their third album, Sunchaser, via Dais Recordings. The band made the album with Cult of Youth's Sean Ragon and though they may be chasing the sun, they don't seem to be catching it if the album's gloomy-in-a-good-way songs are any indication. It's definitely worth checking out and you can stream the entire album in this post.

YOU. will be celebrating the new album with a release show tonight (9/9) at Palisades with Starred and Bootblacks. Their next show is the October 8 edition of Nothing Changes at Home Sweet Home where they'll play with Philly band Hot Guts.